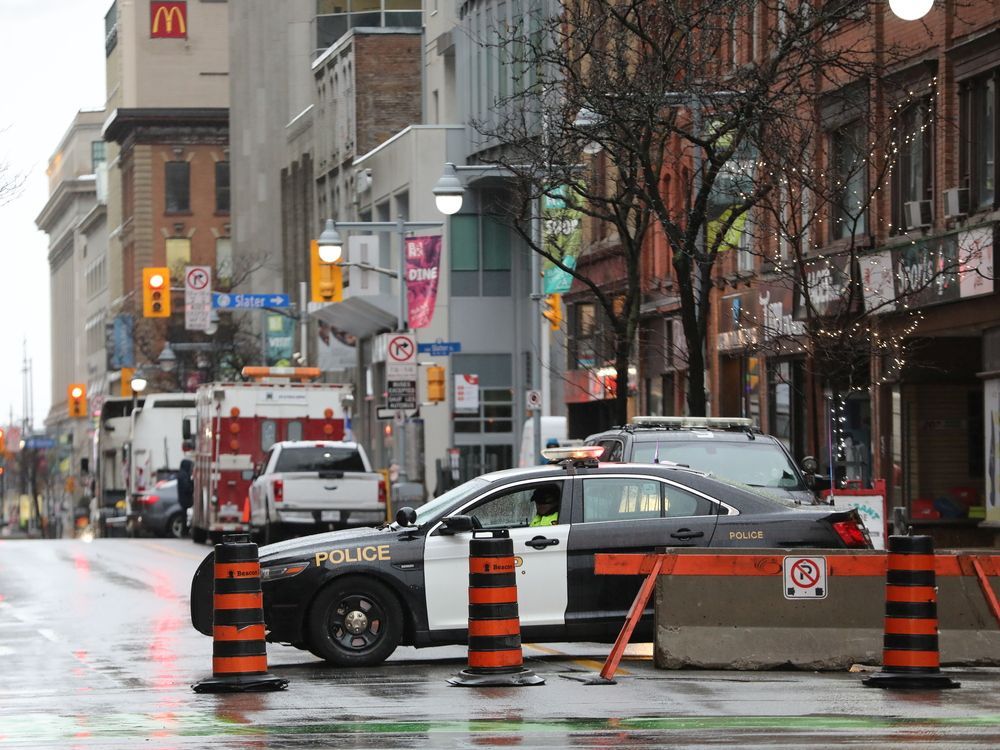 $20 million federal fund to help convoy-hit businesses is just a ‘drop in the ocean’, contractors say

Two restaurants forced to close this month by the Ottawa occupation say the $10,000 in federal payments that will be available to eligible businesses hit by the “Freedom Convoy” would cover only a small fraction of their own losses.

“It’s a drop in the bucket,” said Sarah Chown, managing partner of Metropolitan Brasserie on Sussex Drive, just east of the Fairmont Chateau Laurier, on Sunday.

“I like the idea here, but $10,000 doesn’t even cover my insurance and electric bills for the month,” Chown said.

The Metropolitan Brasserie has been closed since the first weekend in February due to protests outside, and Chown said on Sunday that $10,000 equals about $420 for each day of closure so far. Her restaurant remains closed and behind security fences until further notice, she added.

On Saturday, federal ministers announced a fund of up to $20 million to support small businesses in Ottawa affected by the three-week occupation.

Eligibility criteria and the application process for the program are not yet available, so it is not yet clear exactly which downtown businesses could receive funding.

Coming from the FedDev Ontario government office and administered by the development agency Invest Ottawa, the initiative will provide non-repayable funding of up to $10,000 for each impacted business.

If each beneficiary received the maximum, then 2,000 companies would benefit from the fund.

Devinder Chaudhary, owner of the Aiāna Restaurant Collective, a fine-dining restaurant in the Sun Life Financial Center that has remained closed since early February, said the federal fund “is in no way fair compensation” for the losses his business and his peers have suffered.

The federal payment would help cover Aiana’s losses from food gone bad as well as her rent and utilities, Chaudhary said. But the aid wouldn’t dent Aiana’s salary expenses.

“Our employees lost their salaries for a month. The government must compensate for their lost wages,” Chaudhary said.

The occupation’s blow to downtown businesses follows increased provincial pandemic protective measures for most of January, which, for example, forced bars and restaurant dining areas to be closed from January 5 to January 31 in an effort to mitigate the spread. of the COVID-19 Omicron variant.

Chown, which is Ottawa chairman of the board of directors of the Ontario Restaurant Hotel & Motel Association, said February was “a total disaster, to put it lightly,” due to the downtown occupancy.

After the easing of pandemic restrictions on Jan. 31, restaurants and other businesses would otherwise have had two good weekends thanks to Valentine’s Day and Family Day, she said.

Kevin McHale, executive director of the Sparks Street Business Improvement Area, said while some businesses had to close entirely due to the occupancy, those that stayed open saw a massive drop in walk-in customers. you Ottawa residents avoiding downtown.

Organizations like the Ottawa Chamber of Commerce and downtown BIAs will have to work hard to “bring people back downtown…comfortable in their downtown again,” McHale said.

McHale said that for some companies, a federal contribution of $10,000 could be significant.

“It will depend on the company,” he said. It would be “ideal” if businesses could have checks in hand within a month or so, he added.

Ian Wright, the owner of the Snow Goose Gallery on Sparks Street, said whatever his business could receive from the federal fund would be significant because the Snow Goose only employs himself, his wife and an employee .

“Every little bit helps and I’m glad they’re trying to get this through pretty quickly,” Wright said.

In February, Wright kept his store closed except for customers who had made appointments and came in as needed to process some online orders.

“I kept the doors locked, I didn’t want to deal with any of the yahoos,” he said.

Both Chown and Chaudhary hoped more government support would be available down the road for beleaguered downtown businesses.

“We all hope this is the start of something bigger,” Chown said. “There are other levels of government that need to come to the table as well.”

“Small businesses expect and deserve fair compensation based on actual losses from occupying our streets due to failed governance,” Chaudhary said.

Meanwhile, a crowdfunding campaign that began this month to support downtown restaurants has raised nearly $100,000, which is to be distributed by the end of the month. Each company receiving money from this fund must allocate half of its subsidy to the remuneration of its employees.

Sign up to receive daily news from Ottawa Citizen, a division of Postmedia Network Inc.

Thank you for your registration!

A welcome email is on the way. If you don’t see it, please check your spam folder.

The next issue of Ottawa Citizen Headline News will soon be in your inbox.

We encountered a problem during your registration. Try Again

Pros and cons of short-term rentals weighed at Packwood meeting