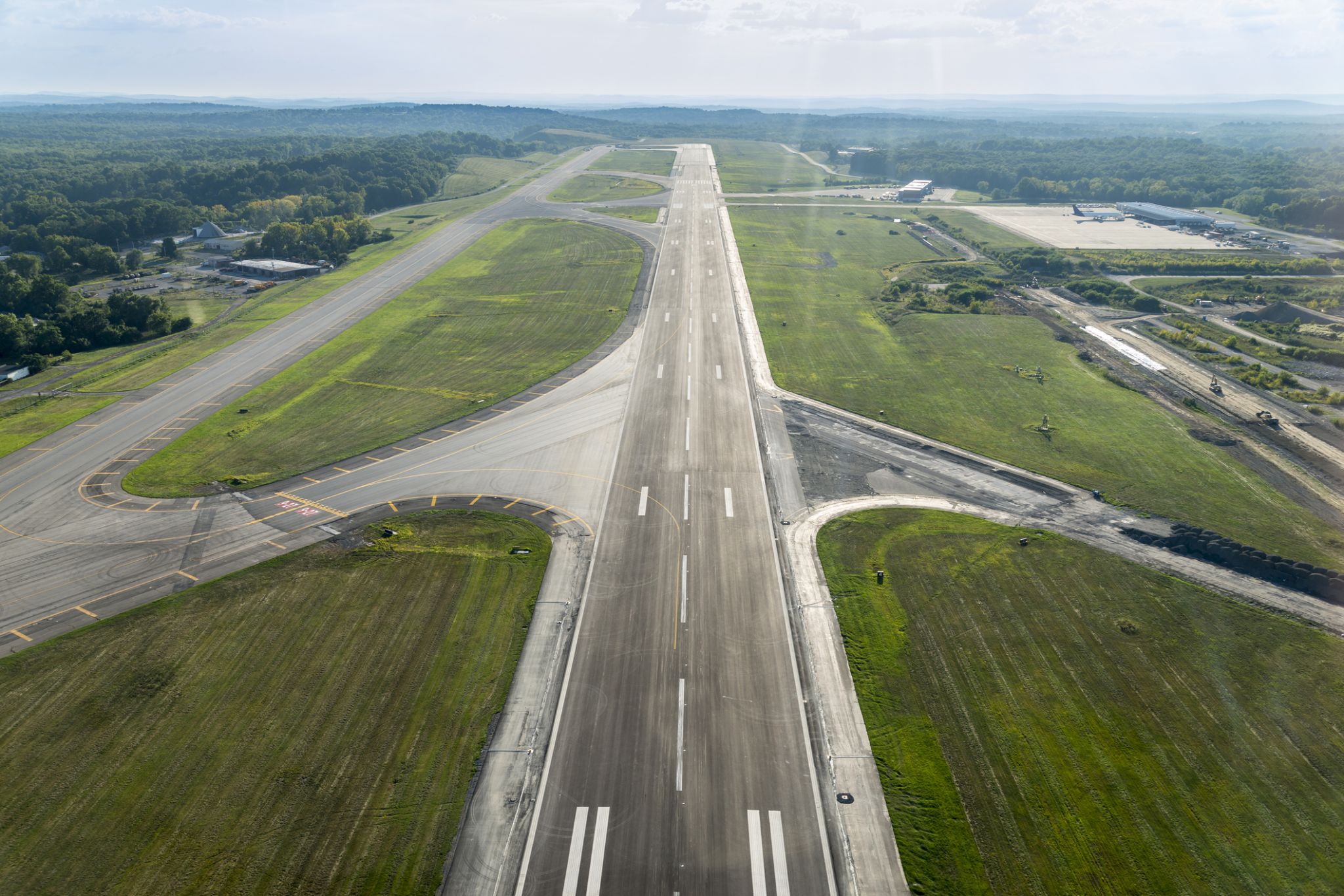 New York Stewart International Airport (SWF) in Orange County in the Hudson Valley is making a comeback after a few difficult years as many airlines have grounded flights during the pandemic.

Stewart Airport saw a 90 percent reduction in total passenger numbers and a 64 percent drop in the number of departed flights in December 2020 compared to the same period the year before, according to the traffic report of the port authority.

Following the devastating impact of the pandemic on air travel in 2020, the Port Authority of New York and New Jersey, which operates the airport, launched a marketing campaign and a five-fold strategic plan last year. points to encourage carriers to come to Stewart, and develop airport services.

Stewart’s upward trajectory continued this year with $ 12 million in federal funding under the bipartisan $ 1.2 billion infrastructure bill that was signed by President Joe Biden in November, and $ 2.3 million in federal coronavirus stimulus funding in April.

But will JetBlue return? And what happens with international flights to and from Stewart? Here’s what you need to know about the region’s largest commercial airport.

After two difficult years in which Stewart Airport lost four out of five passenger carriers – JetBlue, Delta and American Airlines all suspended service during the pandemic; Norwegian Air ceased its flights in September 2019 after the Boeing 737 MAX aircraft came to rest on the ground. Stewart Airport resumed flights in 2021 and hosted Frontier Airlines this summer.

Stewart now offers three daily flights to Florida, according to the latest air traffic report from the Port Authority of New York and New Jersey.

Which airlines fly to Stewart Airport?

At its peak in 2018, Stewart was home to five passenger airlines with non-stop flights to Detroit and Philadelphia, in addition to Florida. Today, two US-based low cost airlines operate out of the Orange County Airport:

Delta, JetBlue and American Airlines, which last served Stewart in September this year, have suspended service, with no clear sign of returning to Stewart.

Oslo-based Norse Atlantic Airways, a new low-cost transatlantic airline, in October announced plans to offer non-stop flights between Stewart Airport and Oslo in 2022, but a spokesperson for the Port Authority in November did not confirm the addition of Norse to Stewart’s list of carriers, saying, “We currently have no announcements or updates.”

Where can you fly from Stewart Airport?

Does JetBlue depart from Stewart Airport?

JetBlue, one of Stewart Airport’s most popular airlines, suspended service out of Stewart in April 2020 amid pandemic-fueled travel slowdown and a broader industry pullback from air transport on flights.

In October 2020, the airline announced that it would resume flights at five of the seven airports, but that service out of the Stewart and Worcester Regional Airport in Massachusetts would remain suspended indefinitely. There is no return announcement at this time.

The airline had offered regular non-stop flights to Orlando and Fort. Lauderdale for nearly 15 years.

How many terminals does Stewart Airport have?

A new 20,000 square foot international arrivals station was completed in November 2020 but is awaiting its first international carrier to mark its debut. The space allows screening of up to 400 international passengers per hour.

A tourism master plan will be built for Magnetic Island