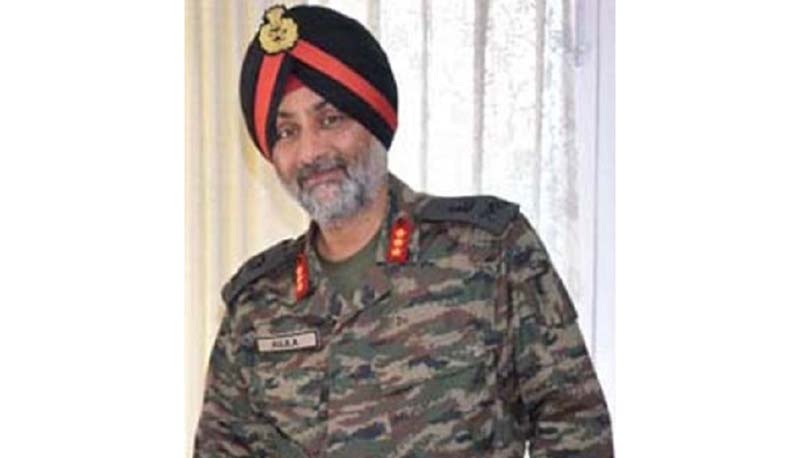 SRINAGAR, Oct 31: The Indian Army’s overall defense preparedness has received a “tremendous boost” in the 20 months since the ceasefire agreement between India and Pakistan, says the Chinese corps commander, Lt. Gen. ADS Aujla, describing the situation at the Line of Control as very well under control.
However, whenever the opportunity arises, “attempts are made to infiltrate” from “the other side”, but the military is able to thwart such offers or give an appropriate response, the official said. corps commander based in Srinagar in charge of keeping the line. of Control (LoC) in the Kashmir Valley.
India and Pakistan issued a joint statement on February 25 last year announcing a ceasefire along the Line of Control following talks between their directors general of military operations. The two countries had signed a ceasefire agreement in 2003, but it has been repeatedly violated.
During an interaction held recently at 15 Corps Headquarters in Srinagar, the General Officer Commanding (GOC) of the Corps said that the situation was completely under control in the LoC or in the hinterland. .
“A lot of metrics are showing signs of normalcy. And, the challenge for us is to make sure that we are able to maintain this ceasefire and this phase of normalcy that we see on a daily basis,” Lt. Gen. Aujla, adding that the “huge influx” of tourists this year is a “great positive” among these parameters.
When asked if the 2021 ceasefire agreement had impacted the army’s operational readiness, the corps commander said there had been “many positives” as the period provided time to “upgrade our defenses”.
“The overall defense readiness of the Indian Army has received a huge boost in the past 20 months as we observed the ceasefire agreement,” Lt. Gen. Aujla said.
“Not only did it improve our abilities and abilities, but a lot of things that we wouldn’t be able to do otherwise because of those shooting engagements that were taking place regularly along the line of control. Now we were able to do,” he said
Defense preparedness and readiness is at a “very good level” and if a reason or opportunity arises where it needs to be displayed, then a “very different impact” will be seen, the commander added.
Asked about Defense Minister Rajnath Singh’s remarks on Gilgit-Baltistan during the Infantry Day celebrations on October 27 at Srinagar Airfield, he said: “The army is fully prepared, whenever such a decision is made” and when the orders come, he will come to the Indian Armed Forces.
“We are refining our conventional capabilities, training is provided and we are improving those capabilities. So whenever necessary there should be no turning back,” he said.
Asked about the evolution of the army over the past 75 years in the context of the changing nature of warfare, the corps commander said that from 1947-48 to the present, during these 75 years, the “capabilities and capabilities of the Indian Army have improved”. manifold”.
Today, technology has been absorbed into the system and into the organization in a “significant” way, he added.
“Everything is integrated in a very homogeneous way. Where we were 75 years ago and where we are today, we are fully prepared to fight a very comprehensive integrated battle that will unfold in the future absorbing all facets,” Lt. Gen. Aujla said.
The Chinar Corps GOC said the year was “rather good for the general environment in the valley.”
This year, the cases of infiltration were minimal, eight terrorists possibly infiltrated, three of them were eliminated. It is therefore the lowest in 32 years since the insurgency in the valley, he said.
“We have seen a huge influx of tourists and a lot of development activity has taken place on the ground. Also in terms of terrorist action, we attacked them severely,” Lt. Gen. Aujla said.
As for the terrorist regimes, their entire leadership has been wiped out. And, things are much, much better, he said.
“But there is still a long way to go. This is where all of our efforts and resources will be aligned. God willing, in the times to come we will see a much better situation unfold regarding the Kashmir Valley,” the Corps Commander said.
Regarding the offers of infiltration made within the framework of the ceasefire agreement, he said, a few days ago, “we have foiled an offer of infiltration in the Tangdhar sector in northern Kashmir”. .
“Efforts are being made on their side so that the terrorists can enter as soon as the opportunity arises. But we are capable that if such incidents occur at the LoC or in the hinterland, an appropriate response is given or the deals are foiled. That’s what this whole strategy looks like. It’s not the only one in the military, it’s kind of a synergistic effort of every agency operating here, whether it’s JK police, administration or intelligence agencies,” he said. said Lieutenant General Aujla.
“In fact, I wouldn’t be wrong to say that even the ‘awam, the people, came out in a big, very positive way to support us in all of our kinetic endeavours,” he said. (PTI)