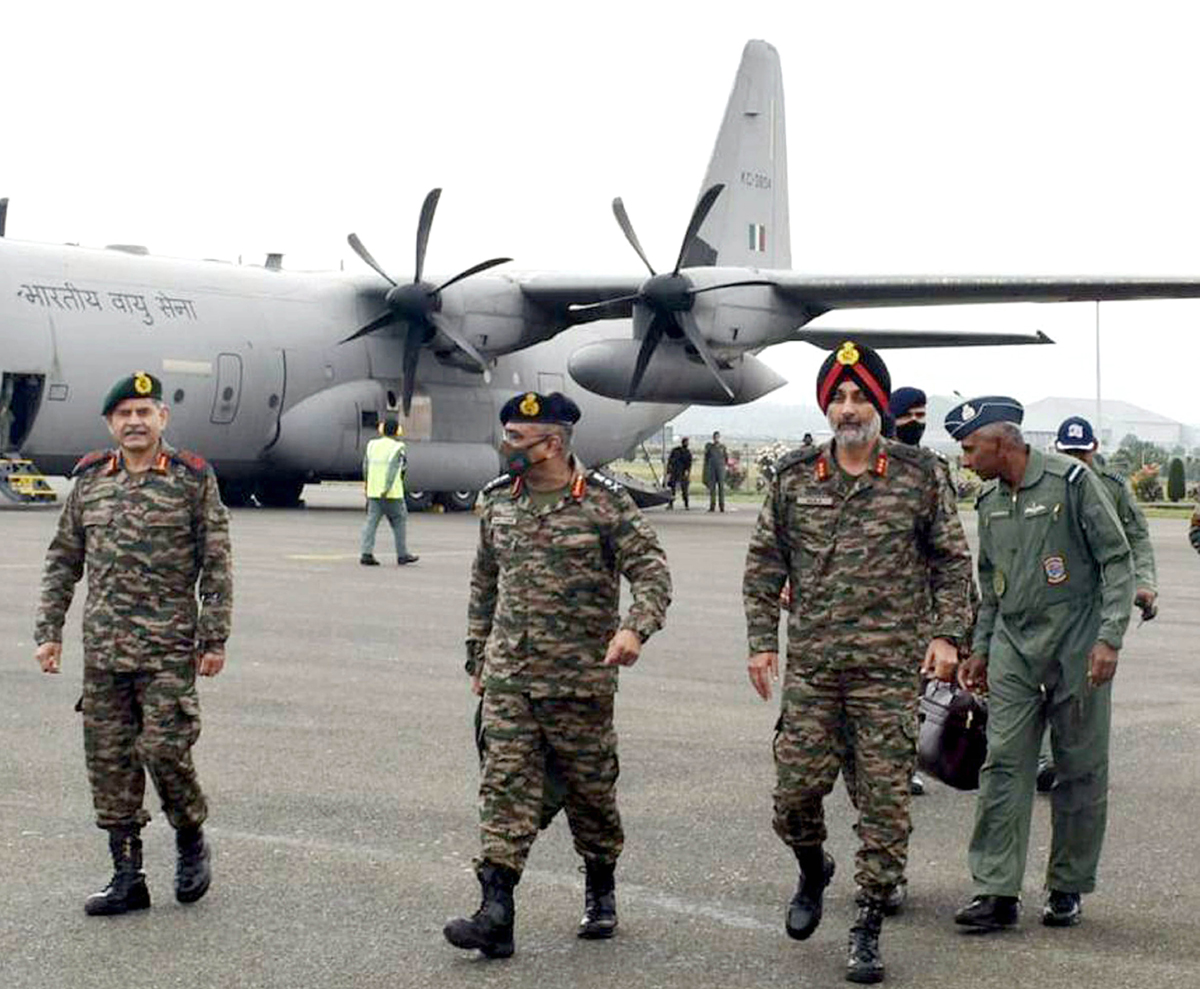 “Be vigilant, maintain the sanctity of the LoC”
Fayaz Bukhari
SRINAGAR, May 21: Army Chief General Manoj Pande today reviewed the security situation in Kashmir and along the Line of Control (LoC) during his first visit to the valley after took office as army chief. He asked the troops to be vigilant and maintain the sanctity of the Line of Control.
Immediately after his arrival, General Pande visited the formations along the Line of Control in North Kashmir. He was accompanied by Lieutenant General Upendra Dwivedi, Commander of the Northern Army and Lieutenant General ADS Aujla, Commander of the Chinese Corps.
The Chief of Army was briefed on the security situation and operational readiness along the Line of Control by formation commanders. He received a detailed briefing from commanders on the situation along the Line of Control.
He was also briefed on the launch pads which are inside Pakistani-occupied Kashmir (PoK) near the LoC where dozens of militants await infiltration. He was told that the army along the Line of Control was on high alert to counter such attempts by the militants.
Click here to watch the video
The head of the army was informed of possible infiltration routes and the mechanism put in place to thwart infiltration attempts. He was told that the counter-infiltration grid along the Line of Control has been further reinforced as militants desperately seek to infiltrate after successful operations in the hinterland in which security forces have eliminated top militant leaders. “Troops along the Line of Control and in adjacent areas are carrying out round-the-clock patrols to prevent infiltration,” the army chief was informed.
The Srinagar-based defense spokesman said here in a statement that the formation commanders also briefed the army chief on the existing ceasefire agreement on the Line of Control, the works development on field fortifications, the counter-infiltration grid, operational preparation and the army-citizen connection in border areas.
“The Army Chief, while interacting with formation commanders, placed particular emphasis on vigilance and maintaining the sanctity of the Line of Control. commended for their high morale and professional competence,” the statement read.
GOC 15 Corps, Lt Gen ADS Aujla briefed the Army Chief on the general security situation prevailing along the Line of Control and the hinterland. “COAS underscored that this was the dawn of a new era of development, peace and prosperity in Kashmir and applauded Chinar Corps for its high level of morale and contribution to peacebuilding in J&K “said the spokesperson.
The army chief was briefed on the counter militancy grid, development works and operational readiness of Amarnath yatra. He received a detailed presentation of the security of Amarnath Yatra and possible threats and measures to deal with it.
It can be mentioned here that sticky bombs and drones are the new threat to the yatra this year and the security forces have worked out a mechanism to deal with these threats.
The army chief was also briefed on the different types of threats, especially the threat of drone attack and sticky bombs against the Yatra convoy and the security forces. He was also briefed on appropriate security responses to these threats.
He was told that security forces were carrying out intense search operations along the yatra route in order to thwart the designs of militants and anti-national elements.
“The Army Chief commended the excellent synergy exhibited by all sections of the Civil Administration, Jammu and Kashmir Police, Central Armed Police Force and other security agencies in projecting d ‘whole-of-government’ approach that has resulted in the improved security situation conducive to fostering a new era of development in UT,” the spokesperson said.