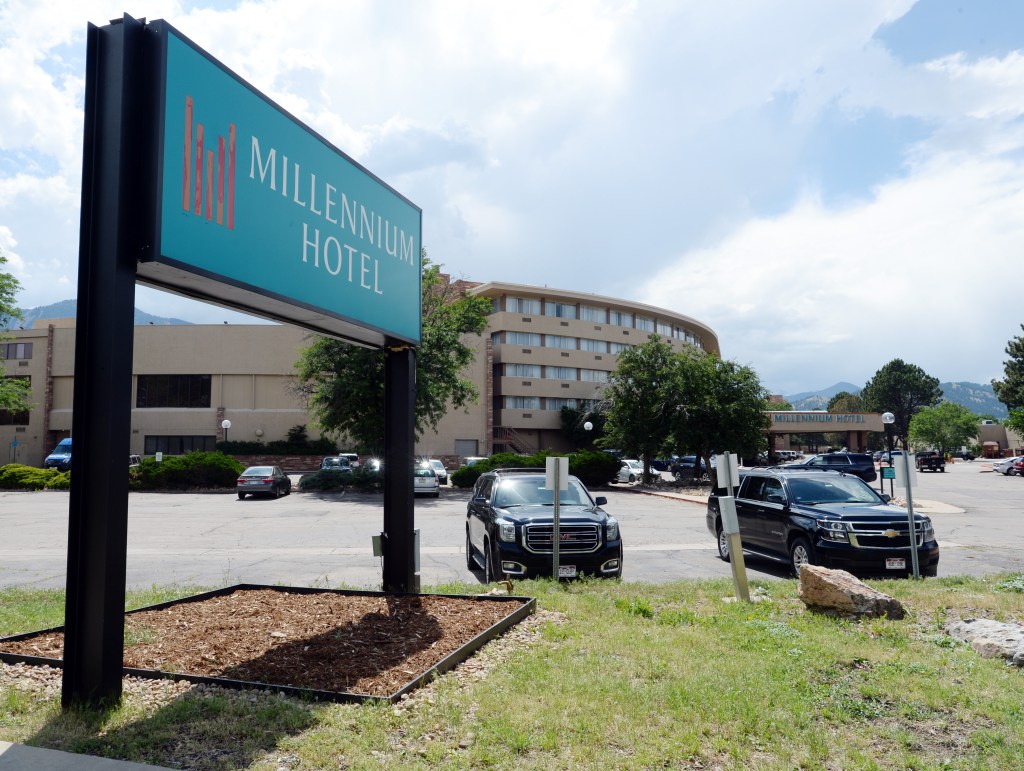 As the Millennium Harvest House Hotel moves closer to being redeveloped into student housing, Historic Boulder advocates question whether the city has sufficiently engaged the public regarding the building’s potential demolition.

“It’s the largest building that will ever be demolished and it’s over 50 years old,” Historic Boulder executive director Leonard Segel said. “We just wonder why there hasn’t been a public review for this.”

According to reports from BizWest, Landmark Properties Inc., a Georgia-based builder specializing in student housing, has proposed demolishing the hotel, at 1345 28th St., and replacing it with three four-story buildings up to 55 feet in height.

These buildings would house 295 apartments with a total of 931 rooms. There will be no on-site affordable housing in the complex, but the developer intends to pay approximately $15 million in cash, which Boulder uses to fund affordable housing elsewhere in the city.

In a letter sent to Boulder City Manager Nuria Rivera-Vandermyde, Historic Boulder questioned whether the city had obtained the appropriate amount of public comment before determining whether the property should be designated as a landmark. Such designation is intended to preserve and protect buildings and areas that have been determined to have special character and historical, architectural, or aesthetic interest or value to the city, depending on the city.

“This is one of the most significant properties in the city and there has been virtually no public involvement regarding the historic preservation aspects of this project,” Historic Boulder wrote in its letter.

Proposals that include the complete demolition of major buildings constructed between 1940 and 1972 that have not been designated as historic landmarks are initially reviewed by staff.

This review determines if there are probable grounds to believe that the building can be designated as an individual landmark. The review includes a detailed analysis of the building’s historical, architectural and environmental significance, Johnson noted.

The Harvest House, built in 1959, went through the required process and was reviewed for eligibility by Boulder Historic Preservation staff.

“Analysis concluded that the building had been significantly altered in the 1980s and would not potentially qualify for landmark designation,” Johnson wrote in response to emailed questions.

Concept plans for the project have received the green light from the Boulder City Planning Board and Council.

The application for site review will ultimately have to be presented to the Planning Board for a public hearing. If the planning committee approves it, the city council can choose whether or not to request the proposal for further consideration. If the Council objects, the project is approved by default.

As long as the necessary approvals are obtained, demolition of the hotel can proceed before the site review is approved.

In its letter to the City Manager, Historic Boulder acknowledged “the significant value to Boulder in adding much needed housing as proposed in this development”.

However, he suggested that the existing building, or part of it, be repurposed and incorporated into the new development.

“He may have a new life,” the organization wrote.

How a ‘summer of staycations’ could boost North Yorkshire’s tourist gems, from glamping to holiday homes