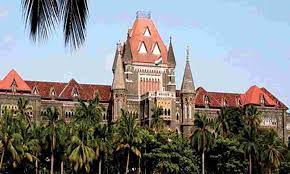 The Bombay High Court has ruled that bed and breakfast accommodation licensed by Maharashtra Tourism Development Corporation (MTDC) in residential premises to promote tourism requires a license from BrihanMumbai Municipal Corporation (BMC) as it is commercial use of the premises.

Justice Bharati Dangré pointed out that Section 394 of the Mumbai Municipal Corporation Act restricts certain activities including “housing” without the sign of the civic leader. “Prima facie, the license that must be obtained u/s.394 in order to operate a trade or business on the premises cannot be considered exempt, simply upon registering the facility with MTDC,“It said.

The bench observed that registering/licensing to operate a bed and breakfast establishment in a dwelling house is not a purely commercial undertaking because, as expected, some of the rooms in the dwelling house are licensed to offer bed and breakfast facilities. This, however, does not prima facie exempt the establishment from obtaining the other authorizations/licenses necessary for its operation.

A resident of Juhu, Harmesh Chadha, had rented out some rooms in his bungalow as a guesthouse following a 2013 permit under a scheme launched by MTDC. Previously, since 2010, it operated under license from the Indian Tourism Development Corporation under the Incredible India program. In January, BMC officers inspected his premises and issued a warning to him to cease trading within 7 days of receipt of the letter and also issued a Notice of Seizure the following day under Article 394 of the Mumbai Municipal Corporation Act.

Chadha appealed against this seizure order. He argued that the BMC had no role as MTDC had authorized it and that it was not classified as a ‘commercial establishment’ but was a ‘homestay’ to promote tourism. He drew attention to the fact that he resides in the same bungalow with his family and that only the ground floor rooms have been rented out. BMC acted on a “mala fide” complaint from a local resident, Chadha alleged. He demanded that BMC’s inspection report and seizure action be declared wrong in law.

BMC justified its advice to discontinue the bed & breakfast because Section 394 of the law required a civic license for such activity. He pointed out that some businesses require licenses from various authorities.

The court noted that while, on the face of it, Chadha’s argument regarding the unenforceability of the BMC Act sounds appealing, but on closer inspection, it is not. Under the MTDC scheme”registration to operate a bed and breakfast establishment in a dwelling house is not a purely commercial undertaking because, as is expected, some of the rooms in the dwelling house are licensed to offer bedroom facilities of hosts. This, however, does not prima facie exempt the establishment from obtaining the other authorizations/licenses necessary for its operation. Property is not fully exempt from tax, but some concessions are granted. In order to operate the establishment as accommodation, conditions such as a health permit would necessarily have to be met since the Company is responsible for cleanliness and ensuring that the necessary facilities are available to guests who enjoy accommodation. this would also require building permit compliance and it cannot be said that on the MTDC granting permission, changes to the residential premises will not have to be ratified/approved by the Corporation building department.“

The court said that “such an establishment must obtain a fire safety permit as well as authorization from the FSSAI, since food is offered to tourists in such an establishment. Prima facie, the license which must be obtained by us. 394 to operate a business or business on the premises cannot be considered exempt, simply upon registering the facility with the MTDC.“