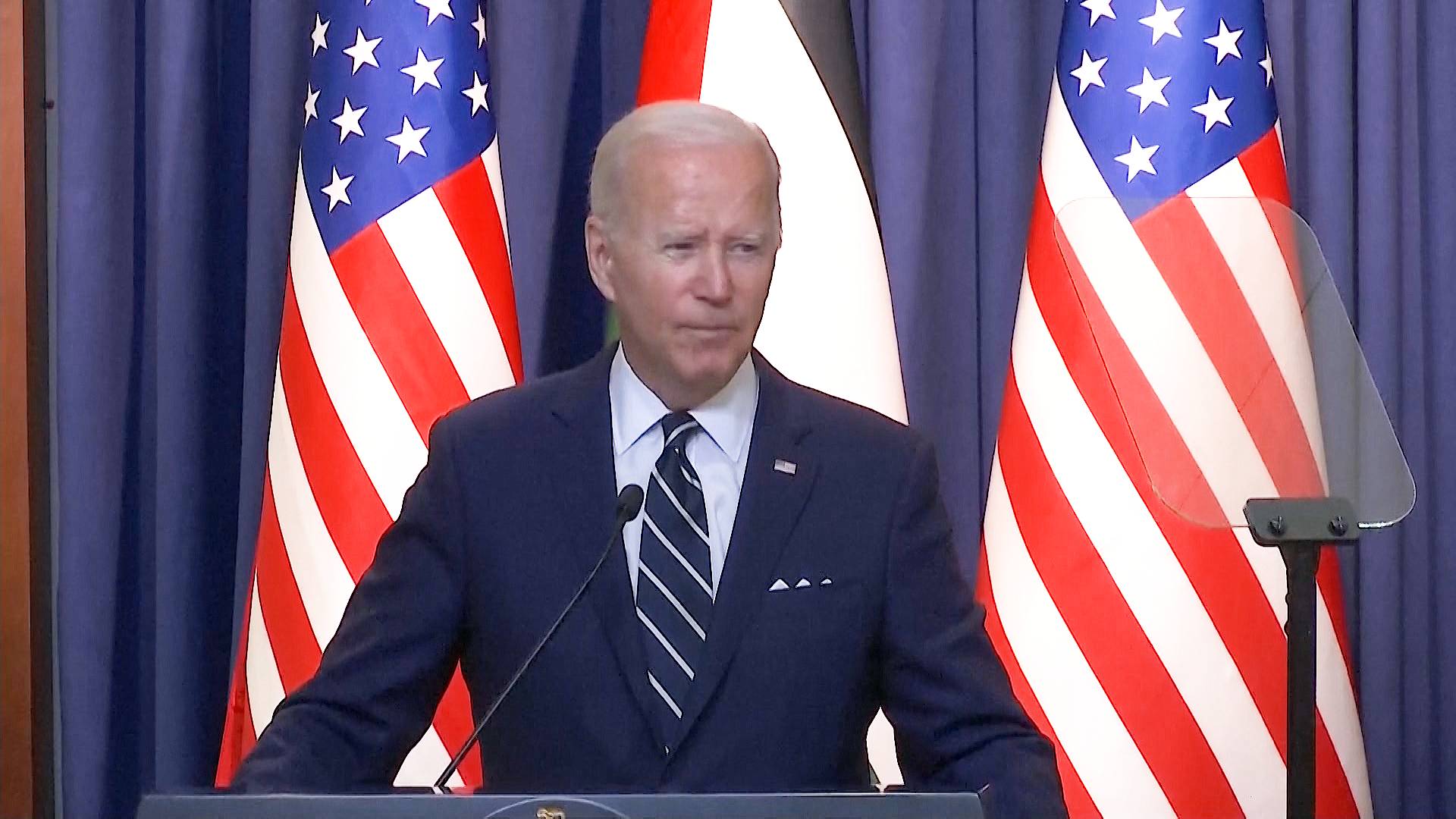 President Biden met with Palestinian leader Mahmoud Abbas in the Israeli-occupied West Bank. Earlier in the day, Biden traveled from Israel to the Palestinian Authority presidential compound in Bethlehem. Along the way, his motorcade passed billboards and banners protesting US support for the Israeli occupation, as well as the murder of Palestinian American journalist Shireen Abu Akleh, who was shot dead by the Israeli army last May in the Jenin refugee camp. In a joint press conference with President Abbas, Biden affirmed that the United States continues to support a two-state solution to the Israeli-Palestinian conflict. He also defended the American response to the murder of Abu Akleh.

President Joe Biden“She was an American, an American citizen, and a proud Palestinian. … I hope his legacy — his legacy will inspire more young people to continue his work of reporting the truth and telling stories too often overlooked. The United States will continue to insist on a full and transparent account of his death, and we will continue to defend media freedom everywhere. »

Biden’s remarks came after he rejected a request from Shireen Abu Akleh’s family to meet him during his visit to Israel. Abu Akleh’s niece, Lina Abu Akleh, wrote, “We would like Biden to do in the case of Shireen what his US administration and previous ones failed to do when other US citizens were killed by Israel: Hold killers accountable.

Biden is traveling from Israel’s Ben Gurion Airport today on a direct flight to Jeddah, Saudi Arabia, where he will meet with senior Saudi officials, including Crown Prince Mohammed bin Salman. Press freedom groups are demanding that Biden confront the prince over the murder and dismemberment of Washington Post columnist Jamal Khashoggi; in 2018, the CIA concluded that bin Salman personally ordered the assassination.

Letters to the Editor, July 15