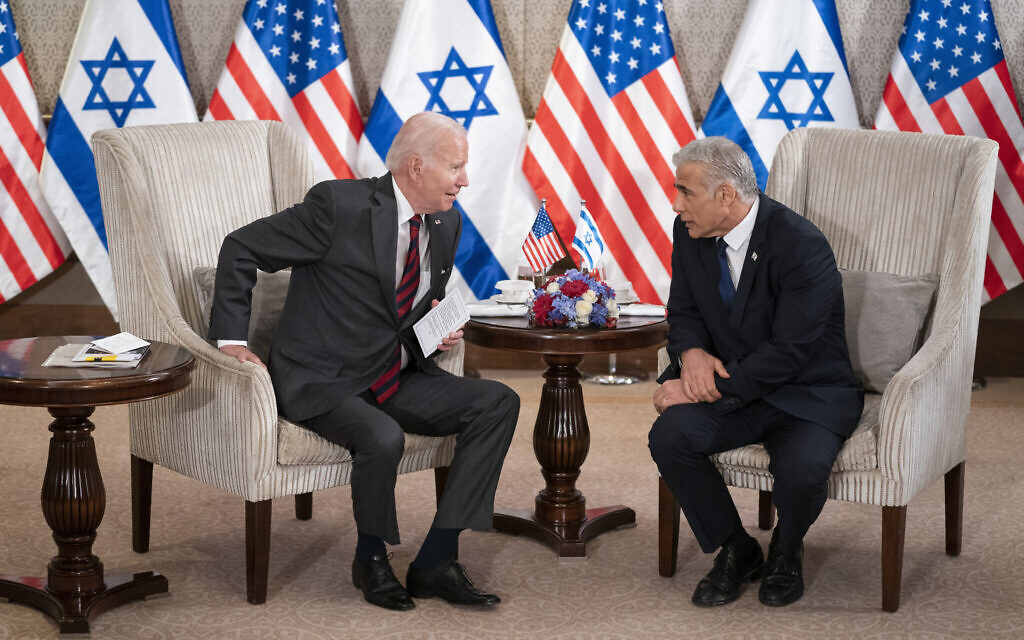 The leaders of Israel, India, the United States and the United Arab Emirates announce a pair of massive collaborative projects in the areas of food security and clean energy as they meet virtually during US President Joe Biden’s visit to Jerusalem.

The joint statement said the four countries would aim to “harness the dynamism of our societies and the entrepreneurial spirit to address some of the greatest challenges facing our world, with particular emphasis on joint investments and new initiatives in the fields of water, energy, transport, space, health and food security.

The countries stress their support for Israel’s integration into the region, linking the normalization agreements of the Abraham Accords with the formation of forums such as I2U2.

They also welcome other new regional groupings such as the Negev Forum, which includes Israel, the United Arab Emirates, Bahrain, Morocco, Egypt and the United States.

Notably, the joint statement makes no mention of the Palestinians. In the past, the United States has pushed for the inclusion of a commitment to advancing the two-state solution in such documents, although it may have outnumbered the other three countries whose leaders have expressed less interest in promoting the issue publicly.

As for the two projects, the first will see the UAE invest $2 billion to develop a series of food parks across India that will incorporate green technologies to reduce food waste, conserve fresh water and use renewable sources. ‘renewable energy.

The collaboration will see India provide land and bring its farmers into the project, and the United States and Israel will encourage their respective private sectors to offer their expertise for the initiative, which will help tackle food insecurity in South Asia. South and Middle East.

The second initiative will be the creation of a hybrid renewable energy project in the “Indian state of Gujarat of 300 megawatts (MW) of wind and solar capacity complemented by a battery energy storage system,” the statement said. joint.

The US Trade and Development Agency has launched a $330 million feasibility study for the project and Emirati companies are exploring investment opportunities, with encouragement from the US and Israeli governments.

The project will help advance India’s goal of reaching 500 GW of non-fossil fuel capacity by 2030 and transform the country into a global renewable energy hub.

I2U2 executives point out that the two projects were just the beginning of a “long-term, strategic partnership that…improves the flow of people and goods across the hemispheres and increases sustainability… [through] collaborative science and technology partnerships.

We may not have a recession this year, but it will look like it, warns Infometrics