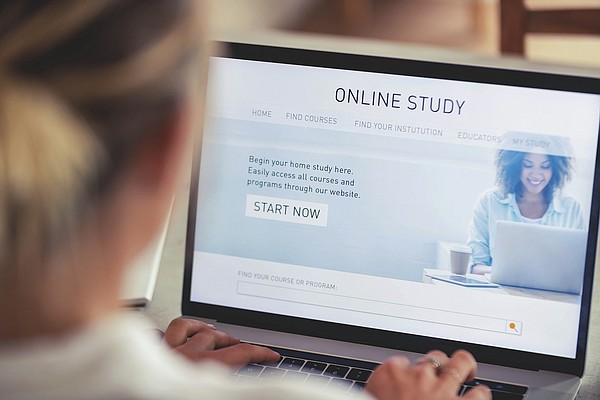 LITTLE ROCK — Two new statewide virtual charter schools have been approved by the Arkansas Board of Education.

The council’s action allows Founders Classical Academy to add up to 500 seats for kindergarten through twelfth graders. The action also allows Premier High Schools of Arkansas to add up to 250 students to a new virtual school.

A state Department of Education official reported at the start of the current school year that about 3.9% of all Arkansas students are now taking online classes. The number of virtual students is about 18,500. About 474,000 students enrolled in public schools in Arkansas last fall.

The LISA Academy system has 3,469 students at physical campuses in Pulaski County and Springdale. Its hybrid academy is a mix of traditional and online courses.

Arkansas Connections Academy is the third largest charter in the state. All of its 3,390 students take virtual classes. The only other charter system in Arkansas with more than 3,000 students is the eStem public charter school system in Little Rock, with 3,050 students.

The Arkansas Tourism Ticker is a business run by Talk Business and Politics, an online news site, and the Arkansas Hospitality Association, a trade group representing restaurants, hotels, lodging, and related businesses that rely heavily tourism.

The most recent Tourism Ticker report contains some good news. The industry is enjoying a strong rebound from the financial devastation caused by Covid-19 restrictions.

A gauge is the amount of hospitality taxes collected in 17 Arkansas cities. They are up more than 27% for the first two months of the year, compared to last year. Of the 17 cities and towns, only Texarkana reported a drop in hospitality tax revenue.

Another measure is the state’s 2% tax on hotels, boat rentals and tourism-related destinations. These revenues increased by 48% compared to last year.

The Tourism Ticker also keeps track of jobs in the industry, as reported by the federal Bureau of Labor Statistics. The number of jobs in Arkansas’ tourism industry has increased 9.5% since last year.

There were 120,700 Arkansas residents working in the tourism industry in January and February. This number tends to increase during the summer months.