The City of London is honoring Jimi Hendrix with a prestigious blue plaque, which will be located at the Hard Rock Hotel in Marble Arch on June 10, 2022. Experience Hendrix LLC, in conjunction with the Hard Rock Hotel London, will unveil this permanent historic marker which commemorates the last Jimi’s residence in London, then known as the Cumberland Hotel, before his untimely death in 1970. As part of the festivities there will be a screening of the documentary Music, Money, Madness… Jimi Hendrix in Maui, which received a Grammy nomination for Best Musical Motion Picture last year. There will also be an exclusive Q&A with Jimi’s sister, Janie Hendrix, her producer/engineer Eddie Kramer and the film’s director John McDermott. Get your tickets now here.

This new honor is bestowed by the Nubian Jak Community Trust (NJCT). Founded in 2006, the NJCT is the only commemorative plaque and sculpture program focused on commemorating the historic contributions of black and minority people from diverse ethnic backgrounds in Britain and beyond. The NJCT has since installed over 62 blue and black commemorative plaques across the UK, including those celebrating the life and work of Bob Marley.

The English Heritage organization which oversees the original Blue Plaque in London, dates back to 1866, and celebrates the links between notable figures of the past and the buildings in which they lived and worked and also celebrated Jimi Hendrix. The first blue plaque recognizing Jimi Hendrix was unveiled in 1997 at his Mayfair residence in 1968-69. There is also a blue plaque at this same address (25 Brook Street) commemorating the fact that German-born composer George Frideric Handel lived there from 1723 until his death in 1759. The Hard Rock/Cumberland connection is evident in the fact that Hendrix wrote the song lyrics for “Look Over Yonder” and “Suddenly November Morning” on hotel stationery that survive to this day. 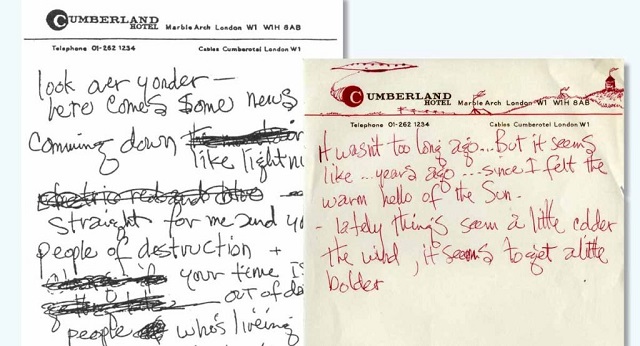 With two Blue Plaques, Jimi Hendrix is ​​in the company of the few who have their name thanks to several Blue Plaques. These notables include Mahatma Gandhi, prime ministers Lord Palmerston and William Gladstone, and author William Makepeace Thackeray.

“I am so proud that my brother Jimi and he will be honored again in London,” said Janie Hendrix. “His mission was to spread love around the world through his music, and we continue to see that come to fruition all these years later. Eddie, John and I are all looking forward to interacting with people on June 10, whose life was touched by Jimi in London – a city that was so important to him and his career.

Directed by John McDermott and produced by Janie Hendrix, George Scott and McDermott, Music, Money, Madness… Jimi Hendrix in Maui incorporates previously unseen original footage and new interviews with first-hand attendees and key players such as bassist Billy Cox , sound engineer Eddie Kramer, executives of Warner Bros. and several Rainbow Bridge cast members, as well as its original director Chuck Wein. Their riveting narrative tells the definitive story of one of the most controversial independent films ever made. 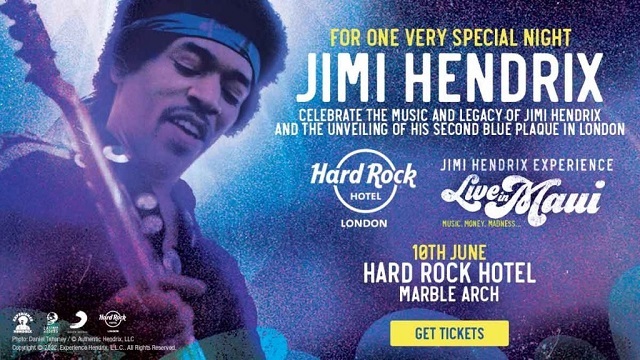 In mid-1970, Jimi Hendrix was working on a follow-up album to Electric Ladyland with bandmates Mitch Mitchell (drums) and Billy Cox (bass), headlining festivals and arenas across the United States. United and building Electric Lady Studios in Manhattan. Greenwich Village. Completing this state-of-the-art recording facility proved to be an expensive undertaking, so its manager Michael Jeffery secured a $500,000 advance from Warner Bros. to fund the remaining construction needed to complete the studio. At those same meetings, Jeffery convinced Warner Bros. executives. to finance a film called Rainbow Bridge which was to be shot in Maui, in exchange for the rights to its soundtrack album consisting of new studio recordings by Jimi Hendrix.

Inspired by Easy Rider and directed by Warhol sidekick Chuck Wein, Jeffery’s film centered on the idea of ​​a “rainbow bridge” between the unenlightened and enlightened worlds. It was envisioned to feature everything from surfing and yoga to meditation and tai chi, and filmed without the help of a script or professional actors. It turned out to be a rambling assemblage of hippie excess, and Jeffery worried that his investment was wasted. The Experience was already booked to perform a concert in Honolulu at the HIC Arena on August 1, 1970. Chuck Wein, desperate to feature Hendrix in some capacity in film, devised a plan to film a “colour/sound vibrational experience” free on the lower slope of the dormant volcano Haleakala. Word of mouth about a free Jimi Hendrix concert led a few hundred curious Maui locals to the Baldwin Cattle Ranch in Olinda where a makeshift stage was built, and the audience was organized according to their star signs. . The performance was a success – the trio were at the peak of their powers and played two flawless sets against a stunning natural backdrop.

In the aftermath of her performance in Maui, Hendrix would return to New York and her work at Electric Lady Studios. He was no longer involved with Rainbow Bridge. He left for Europe at the end of August to headline the gigantic Isle of Wight festival and embark on a European tour. Tragically, he died in London on September 18, 1970.

The Cry Of Love, the first posthumous album of Jimi Hendrix recordings, was released in 1971 to widespread commercial and critical acclaim. Jeffery prepared Rainbow Bridge and its soundtrack to be the next release. Despite its Hendrix association, the film was a commercial flop. Rainbow Bridge confused moviegoers, many of whom felt like they were going to see a concert film. A mere 17 minutes of randomly edited Hendrix concert footage was used in the final cut, and that proved to be the film’s saving grace. Due to technical problems inherent in the original recording of the Maui performances, Mitch Mitchell had to overdub his drum tracks at Electric Lady Studios in 1971 just so these performances could be presented. Music, money, madness… Jimi Hendrix in Maui incorporates much of the unused imagery into his retelling of this strange moment in pop culture.

The Blu-ray for Music, Money, Madness… Jimi Hendrix in Maui is also contained in a package that pairs it with The Jimi Hendrix Experience Live in Maui 2CD/3LP – the complete audio recordings of both live performances from the 30 July 1970. Released by Experience Hendrix and Legacy Recordings, every second of extant concert footage from that day is included on the Blu-ray. According to Pitchfork, “Live in Maui has Hendrix performing the near-miracle of rising above an earthly debacle to offer a glimpse of transcendence.”

Today in the food trade: Instacart develops its advertising activity