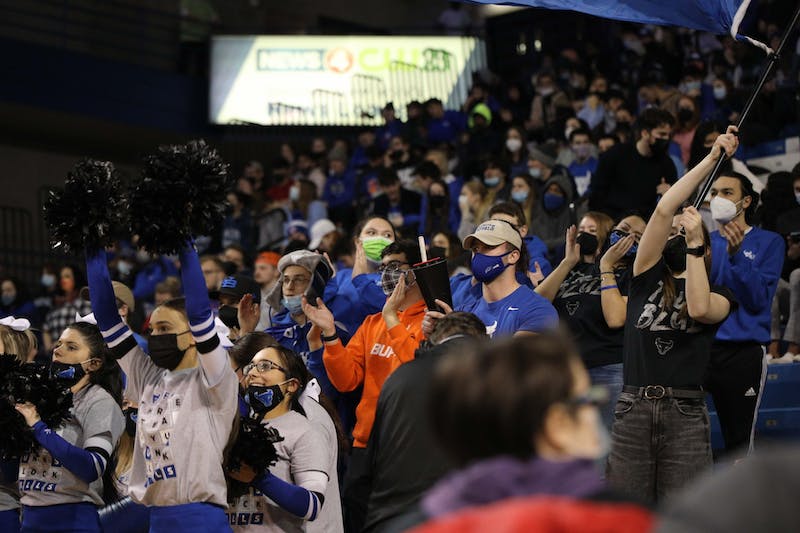 UB Athletics had a budget of about $36.2 million in 2021, according to NCAA members’ financial report Spectrum received March 11. The report covered expenses and revenues for the 2021 calendar year.

COVID-19 has once again had a major impact on the department’s ticket revenue and travel expenses. Here is an overview of the 2021 sports budget:

In both fiscal years, UB’s biggest expense has been its coaches, trainers and ‘global staff’ – although 2021 was the most expensive year yet.

A fragile base for this year’s income

The department only made $5,472 in ticket sales last year — a stunning number that can be explained by COVID-19 and its impact on college athletics. In 2020-21, only basketball, track and field and cross country generated revenue from ticket sales.

UB Athletics spends the most on football

The Spectrum has covered the University at Buffalo since 1950, your donation today could help #SaveStudentNewsrooms. Please consider donating today.

Unsurprisingly, UB Athletics spends more money on football than on any other sport.

Which sport receives the most student athletic support?

The football team also outperformed student-athletes in all other sports in terms of scholarships. The program received $3.41 million in student athletic aid in 2020-21, which was distributed to 94 football players.

Revenue for men’s teams, expenses double that of women’s teams

Meanwhile, UB Athletics recorded no spending on its spirit groups — which include bands, cheerleaders, mascots and dancers — in 2020-21. In contrast, these groups had expenditures of $7,007 in 2019-20.

Kayla Sterner is an associate sports editor at Spectrum. She is studying communications in hopes of becoming a secondary journalist. In her spare time, she can be found at the gym, watching football or vibing with Mac Miller. Kayla is on Twitter @kaylasterner.

Sophie McNally is an associate sports editor at Spectrum. She is a history major and is studying abroad for a year at Newcastle University in the UK. In her spare time, she can be found blasting The 1975 or Taylor Swift and rowing down a random river at 5am.