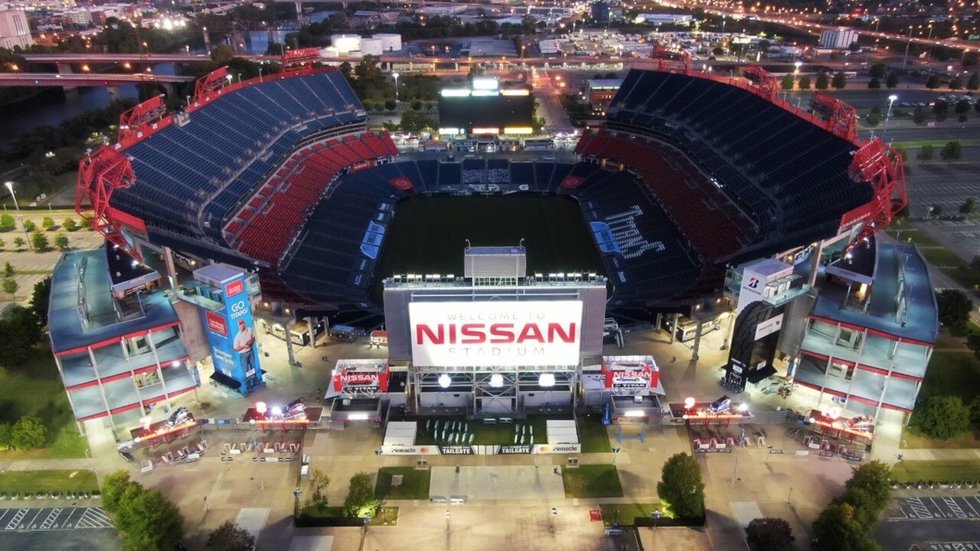 NASHVILLE, Tenn. (WSMV) – Nashville Mayor John Cooper has unveiled the plan to help fund a new stadium for the Tennessee Titans without a tax burden on Davidson County residents.

The mayor said in an op-ed posted on the Tennessean’s website that the city is currently required to provide a “first-class” stadium through 2038, an obligation that means either renovating the current stadium or build a new stadium.

Cooper said he has worked with the Titans and state partners over the past 18 months to explore all stadium options that make financial sense, provide community benefits and keep the Titans in Tennessee for generations to come.

The city currently has to pay millions of dollars a year to maintain and improve the stadium under the current lease.

He said, “doing nothing means continuing to burden the Metro General Fund – an unacceptable status quo that will cost Nashville hundreds of millions of dollars.”

Cooper said that through collaboration with the Titans and the state government, the new stadium solution will not burden the General Fund.

The state approved $500 million in revenue bonds during the budget process last month to raise funds for a new stadium, which could cost nearly $2 billion. The Legislature also approved legislation that would increase the hotel-motel tax by 1% in Davidson County.

“To fund the construction of a new closed stadium, the state committed $500 million and passed legislation authorizing a hotel-motel tax increase, which the hospitality industry supports,” Cooper wrote in the column. of opinion.

“In case of overruns, I asked that they be covered by the Titans. I will not sell public land, raise sales tax, or spend your property tax money to fund the stadium.

“The Titans share Mayor Cooper’s commitment to collaboration and partnership as we try to craft the best and most responsible solution for the stadium’s long-term future. We look forward to continuing an open and constructive dialogue. with the administration, board and residents of Nashville as we determine how the stadium can best serve our community for years to come.

The new stadium would be built on land next to the current Nissan Stadium.

The Titans confirmed last week that Manica Architecture had been selected for the initial design of the new stadium.

“As a city, we are in a different place today than we were 26 years ago. Nashville voters made a smart bet by approving $144 million in sports authority bonds and general bonds for build a stadium,” Cooper wrote. “Nashville and the entire state have benefited immensely from the Titans’ presence here, and now we have the opportunity to extend those benefits by removing the city from the business of stadium maintenance.

Cooper explained in the column that the city and team initially pursued renovations to Nissan Stadium at an estimated cost of $600 million. After factoring in rising interest rates, inflation, deferred maintenance and aging infrastructure, the cost rose to over $1 billion.

“We are working on plans for a new stadium as doing nothing is not an option, and renovating the current stadium would be financially irresponsible,” Cooper wrote. “Some of the stadium’s most basic infrastructure is approaching the end of its useful life.

“Rather than pour over a billion dollars into an aging stadium, we began working with the Titans and the state on the idea of ​​building a new gated stadium for Nashville.”

Cooper listed his commitments to Nashville taxpayers as part of the stadium’s final proposal.

Cooper has emphasized in several interviews that the city is not in the business of building sports stadiums and that he did not want to burden the taxpayers for a new stadium.

“We are not in the field of stadiums. We’re in the business of raising kids, we’re in the safer street and highway business,” Cooper said in an interview in March. “The Titans have been a really good partner for Nashville and it’s fun to have them, but fundamentally the city isn’t in the business of entertainment or stadiums itself.”

“As a member of the At-Large Council, I have not always agreed with Mayor Cooper and his priorities, and frankly, that should not change. While this project will of course require a great deal of review and explanations, I am first and foremost a Nashvillian and so I say Amen, when Amen is deserved. I applaud the Mayor for his work and his administration for their work thus far and wholeheartedly support his “commitments” to the city. “

“As a member of the At-Large Council, I have not always agreed with Mayor Cooper and his priorities, and frankly, that should not change. While this project will of course require a great deal of review and explanations, I am first and foremost a Nashvillian and therefore I say Amen, when Amen is deserved,” Hurt said in a statement. “I applaud the mayor for his work and his administration for their work thus far and I wholeheartedly support his “commitments” to the city.”

“This is an empowering and exciting time for our city,” Cooper wrote, ending his opinion column. “The Titans and Governor Lee, along with his state-level colleagues, have been great partners throughout this process, and I am committed to securing the future of the Titans in Nashville in a way that protects taxpayers.”