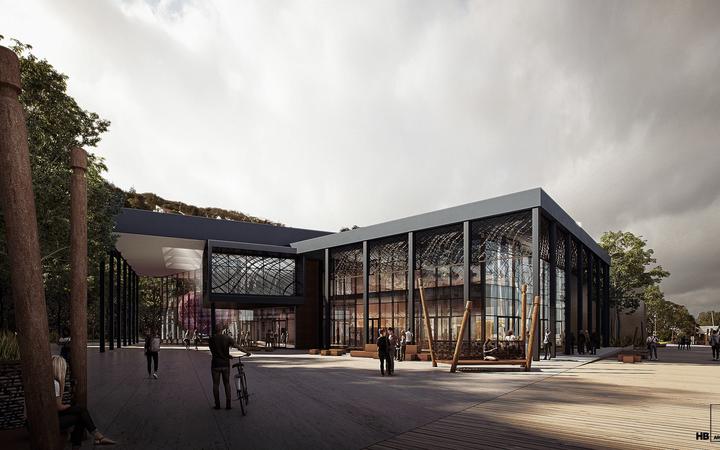 WhangÄrei’s controversial Oruku Landing conference and event center will cost $ 13 million more than expected, according to a new report.

The cost of constructing the proposed center and surrounding area has increased by $ 13.15 million from figures originally provided by the WhangÄrei District Council (WDC). It will now cost $ 136 million, up from $ 123 million when it was first announced at the start of public consultation on October 18.

This means that a potential 23% increase from the $ 57 million proposed by WDC taxpayers for the project has now risen to $ 70 million – towards the $ 136 million center and surrounding infrastructure project.

This means that WDC’s rates would potentially increase by seven percent next year – up from an initial forecast of six percent on Oct. 18 – if the council decides to fund the conference center, which is part of the Oruku Landing hotel. , larger and more private by $ 250 million. , apartment and store development by Northland Development Corporation.

The construction cost of the Oruku Landing conference and event center has increased from $ 80 million to $ 87.45 million. Surrounding state-funded infrastructure increases include its $ 4.4 million boardwalk and the $ 3.15 million sea wall.

The new cost increases mean that WDC will need to get additional feedback on submissions from those who have already submitted more than 1,700 project submissions. These were based on the October 18 costs.

The council received its 146-page preliminary report commissioned by the WDC from Beca Oruku Landing CEC on November 4.

WDC chief executive Rob Forlong said the cost increases could be explained by the board’s move from the design phase to the preliminary design phase. This made it possible to strengthen the costings, as was usual in the evolution of a project.

The proposal was out for the start of the Oct. 18 consultation with design estimates, rather than the more usual – and more precise, preliminary design estimates. This had been so that WDC could meet the timelines for the use of government project funding, he said.

Forlong said the board is now reviewing how the extra cost is being handled.

It would not be determined whether the latest increase meant the project was still in progress or was canned. It was a decision of advisers on Nov. 26, after the submissions were considered, he said.

Options included, do not continue with the project; WDC taxpayers pay the additional $ 13.15 million; ask the government to increase its project contribution by $ 60 million; NRC increases funding to taxpayers; remove the proposed $ 2.6 million Oruku Landing ferry terminal from the project; the removal of the proposed $ 18-20 million footbridge from Oruku Landing on the HÄtea River.

But any changes had to be made in consultation with the government. Its $ 60 million funding requires the inclusion of the bridge, with the total amount of the contribution being reduced accordingly if the bridge is not functioning.

Local Democracy Reporting has asked NRC CEO Malcolm Nicolson if the area council plans to increase its financial contribution to the center, following the new report, but has yet to receive a response.

Three public meetings on the proposed center are taking place this week. About fifty people were expected at the first meeting at the RuakÄkÄ recreation center last night (Monday).

Registration is mandatory for these Covid-19 risk management meetings and places fill up quickly.

Public submissions can be made through the WDC website until November 18.

The submission form includes the option for the authors of the submission to say whether they want the conference and event center to be retained or continued.

More information, including the new report, can be found here.

Local Democracy Reporting is a public interest information service supported by RNZ, the News Publishers’ Association and NZ On Air.