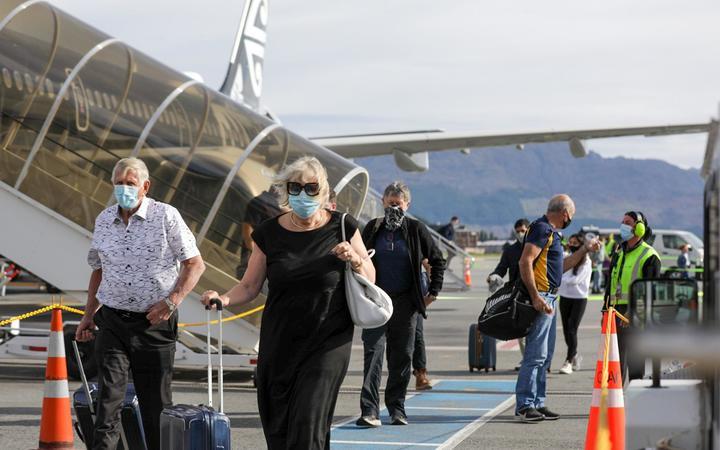 How summer has shaped the South Island’s tourism hotspots

By James M. Everett Last updated Jan 23, 2022
Share
It’s been another summer without international visitors – the cornerstone of the South Island’s tourist hotspots.

For weeks, operators in Fiordland, South Westland, Queenstown, Mackenzie and Kaikōura prepared to welcome visitors during what was usually high season.

But has that translated into boots in the field for business?

Owner-COO Matt Foy said it had been a little quieter than last summer, but overall he was pretty happy.

“It’s so uncertain at the moment, especially with Omicron sitting at the door.”

After a few years of disappointment, particularly with the Transtasmanian bubble, he approached the year with caution.

“Right now there’s not much you can do. You have to be careful about the planning or the money you put into advertising, what might or might happen in case it doesn’t happen.

“Because you can waste a lot of money on advertising and spend a lot of time planning so that it doesn’t happen.”

Te Anau Lakeview Holiday Park & ​​Motels was busy from Boxing Day to early January with between 900 and 1400 guests at any one time.

Holiday park manager Nakul Behel said it was good to be busy, but there were not enough staff.

“Before Covid, we used to have over 50 staff on each shift. But this time we only had nine housekeeping staff, two reception staff and one (for) accounts .”

About 70 rooms had been blocked for more than a year.

“We had to block it, there was no other choice. If we open it then, it will sell. If it sells, we have to clean up. How are we going to clean up? We didn’t have of staff.

“So that’s why we blocked it off, and, yes, it was high season and we blocked our rooms.”

The park was quiet again with their greatest hope now set for next summer and 2023.

Behel expected 2022 to be like last year, with no steady flow of international travelers and lots of uncertainty.

“So many restaurants closed, shops closed or sold out. People have left Te Anau.

“We only had one taxi service in Te Anau and it worked so well before Covid. They left. They sold everything and went to Auckland.”

Her skydiving business on the West Coast was open for morning and afternoon jumps – which was rare – while Mackenzie’s operations sent many people to the skies, she said.

“We saw busy days where we flew over 100 people in one day to the Tasman Glacier, and having two helicopters and a ski plane flying back to back, so it was just brilliant, but very short duration.

She expected their next boost to be over the Waitangi long weekend.

“The reality is – I would say and it’s horrible to say, but the summer will probably be over and dusted off by the end of January in terms of the activity that we normally expect during the summer.

She remained hopeful that Australians would be able to cross the gap – without isolation – by winter.