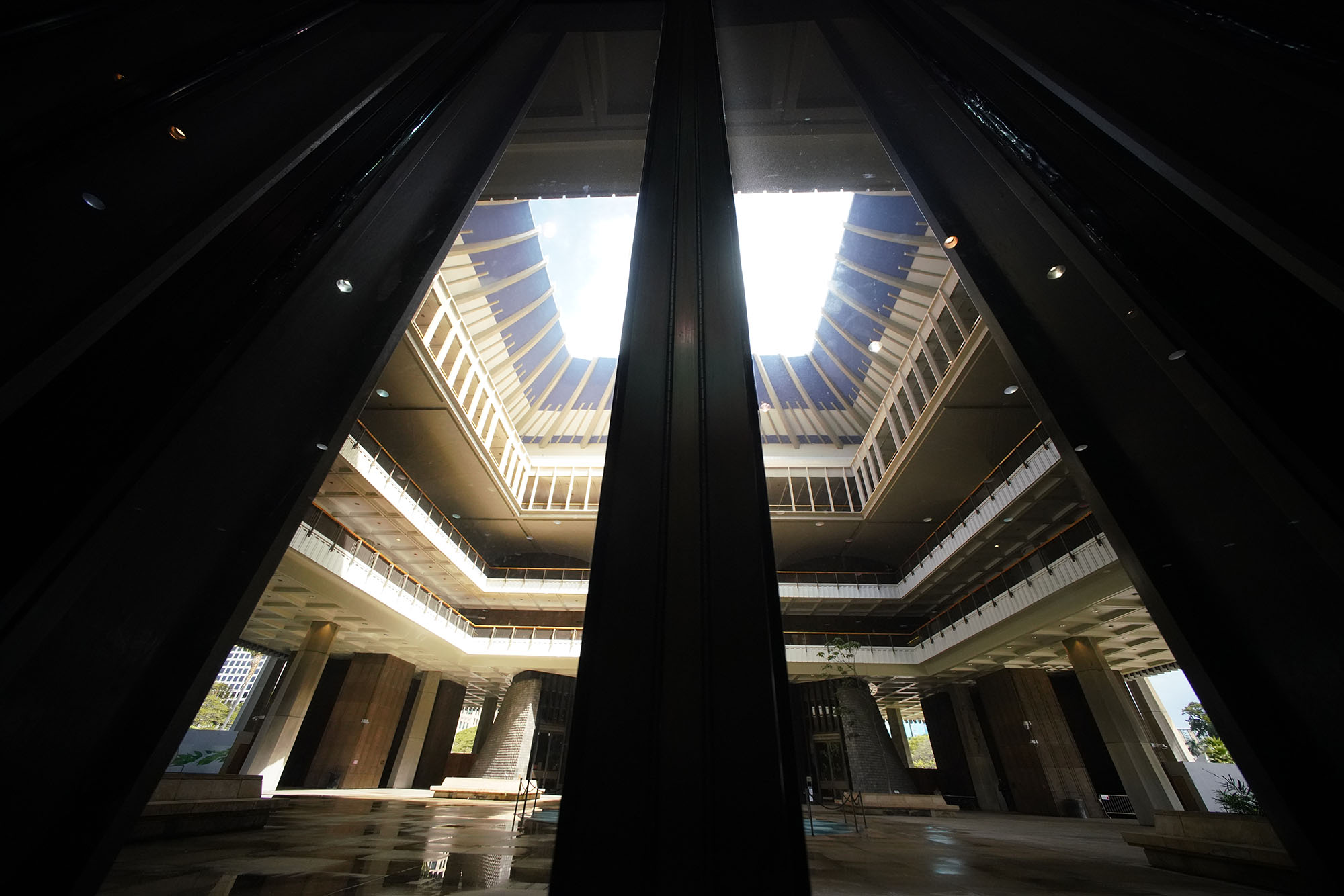 How to Make Hawaii’s Legislature Work Better for the Public

In 1975, the Hawaii Legislature passed the law of the sun — Hawaii’s Open Meetings Law — in the name of democracy.

The law governs the manner in which all state and county councils are to conduct their official business. This includes the outfit public meetings, that six calendar days’ notice be given of meetings and that the minutes be made available to the public, with some exceptions.

This was an important development in efforts to improve state and local government operations.

“The passage of this measure will be one of the most remarkable achievements of this legislative session,” State Representative Andrew Poepoe proclaimed during a floor session in 1975. “We believe that this sun will mark the dawn of a new era in which we will strive to perfect our form of government here in Hawaii.”

Unfortunately, the legislator explicitly exempted himself from the sun, which remains the case to this day uunder Hawaii Revised Law 92-10. That’s Hawaii one of only 13 state legislatures which have explicit exceptions to open meeting laws.

These exemptions have allowed legislation to often operate in obscurity, including on major decisions with significant implications for the state.

A striking example is the $2.4 billion rail bailout deal state lawmakers struck privately to save the Honolulu rail project in 2017. The legislature paid for the deal in part from a 13-year statewide hotel room tax increase, but did so without sufficient public participation.

There are many other examples. But now lawmakers and voters have a rare opportunity to shed more light on Beretania’s tall, square building.

A a new high-profile commission on lobbying and ethics reform charged with making recommendations for government transparency and accountability worked this year to find ways to inspire greater public confidence in their government.

Their recommendations to the Legislative Assembly are expected by the end of this year, with the idea that lawmakers will consider complementary legislation in the 2023 session which begins in January.

It’s not nothing. It took a huge embarrassment for the state House of Representatives to form the Commission on Improving Standards of Conduct: the indictments and ultimate convictions of two former state legislators who took bribes to influence legislation.

In the spirit of reform, here are some ideas for improving transparency and accountability in the Legislative Assembly.

Obviously, the 76-member legislature is not the same as the much smaller county councils, which are subject to the Open Meetings Act. The legislature is much larger, requires members from neighboring islands to travel to the state capitol in Honolulu, and only meets formally for part of each year, for example.

That means some elements of the Sunshine Law might not work for the Legislative Assembly, which only meets 60 days a year. Requiring six days’ notice for hearings can be daunting for lawmakers with little time in session.

But the legislature itself is actually in session from the third Wednesday in January through late April or early May, which means lawmakers are together for nearly four months, not just those 60 days. Legislators and their staff also work and meet frequently throughout the year.

These 60 days represent the days when the House and Senate meet in their respective chambers, usually around noon. As those days are required by the Constitution of Hawaiiit is not specified when they must be held, outside of a calendar year.

Therefore, one possible way to allow more time for deliberation and public input is to extend the legislative session. Hawaii’s Constitution allows sessions to be extended for 15 days, which could meet the six-day minimum requirement for hearings.

Lawmakers could also require bills to be posted with increased notice and visibility. They might even take longer breaks — that is, times when they don’t meet in session and hold hearings and briefings — to do more work. The law only requires that they suspend “at least five days” at a certain period between the 20th and 40th day of a regular session.

If they wanted to, lawmakers could also consider themselves full-time rather than part-time state employees. Many have other jobs, of course, but many also work year-round as legislators anyway, attending to constituents’ needs, public events and other activities related to their legislative duties – not to mention fundraising and campaigns.

There are also generous legislative allowances, and legislators who don’t live on Oahu receive a $225 per diem for overnight expenses such as lodging and food. Air travel is billed separately but paid for by the state via a restricted-use acquisition card.

Some taxpayers might complain about having to pay lawmakers more to work harder, but it might well be worth the investment and better serve the public interest, not just what has become convenient for lawmakers.

The most frustrating time of any legislative session — for the media and the public, as well as for many lawmakers — is the final two weeks leading up to the final week of adjournment.

Called a conference committee, this is when bills no longer involve open public participation, even when the content of the legislation is significantly changed. Decision-making also happens behind closed doors, and when time runs out this past Friday, lawmakers say, “Sorry, we ran out of time.”

It’s a lazy excuse. Even at the beginning of the session, when testimony is taken, the real discussion on the merits of bills does not take place in public.

Candid, frank discussion is important, and lawmakers like to do it without the watchful eyes of the public. But there would also be huge public benefit in forcing lawmakers to speak directly to the public when they ultimately make their decisions.

This is another reason why the legislature should make it clear to the public who is asking for bills to be introduced first, whether it’s an obscure member of a ward council or the lobbyist of a big company. Bills should not be tabled anonymously “at the request of another party”. This issue is also rightly on the radar of the Commission on Improving Standards of Conduct.

Finally, to address concerns about the deferral of bills by committee chairs — the process that allows a single chair to unilaterally kill a bill — lawmakers could make it easier for bills to be tabled for a full vote. Currently, two-thirds of a chamber must agree. Why not a simple majority? And why not let the other members of a committee have their say on the bills that will be heard?

Lawmakers need to hear from you

The next hybrid virtual session of the Commission on Improving Standards of Conduct on Transparency is scheduled for July 27 at 2 p.m. Members of the public may testify on agenda items; all presentation materials will be available in advance; and the meeting will be recorded.

Monitor the meeting agenda here, and pay attention to what the commission recommends in its final report to the Legislative Assembly in December. (Don’t worry, Civil Beat will be watching closely.) And take a look at the commission’s interim report here.

There is also the August 13 primary election, in which hundreds of candidates run for public office. Civil Beat asked the contestants if they were open to ideas such as requiring the Sunshine Law and open records laws to apply to the Legislative Assembly, and many of them have responded favorably.

You can read their answers here and decide who is most committed to greater sunshine, openness and transparency when the new group of lawmakers meet in 2023.

Sign up for our FREE morning newsletter and face more informed every day.

The commoner-queen of the Venetian Santa Cruz