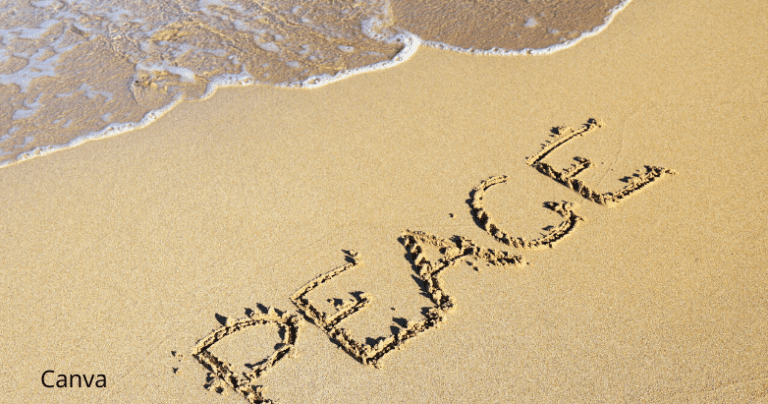 No. It’s like the preacher who preached the same sermon the first three weeks in his new church. Eventually one of the elders came up to him, probably questioning the decision to hire this man, and asked, “Do you have anything else to preach?” We have heard this message three times now.

To which the new preacher calmly replied, “Well, when you learn this lesson, I will certainly move on to another.

The thrust of this series of messages has been that the status quo in the Israeli-Palestinian conflict is not a real status quo and that the longer it lasts, the worse the oppression of the Palestinian people continues to get.

Now remember that continuing this conflict is not good for the people of Israel either – even if it benefits the State of Israel in the long run.

While I understand the political reasoning behind this, I’m still baffled. The United States has a growing debt that will probably never be paid. And according to Forbes 20% of children in the United States go to bed hungry every night. And yet we give billions to Israel and untold billions to other nations?

Now, some might be quick to point out that Israel is not allowed to use US aid to continue the occupation of the Palestinians. Well, it doesn’t take a PhD in economics to realize that billions of dollars in US aid allow Israel to divert its own resources to fund the occupation.

The problem is that with each passing day, the plight of the Palestinians worsens.

Why should Palestinians work for peace?

The Palestinians have every reason to want a peaceful solution to the current conflict. The status quo simply means prolonging their oppression. Moreover, the continued advance of the colonization movement means the loss of more and more land and the further increase in economic hardship that this entails.

However, they remain largely powerless.

NB: It is undeniable that the Palestinian leaders must assume some responsibility for the continuation of the conflict.

What can the Palestinians do? For some, the answer is: “leave”. The more they leave, the fewer Palestinians Israel has to worry about.

Why should Israel work for peace?

It doesn’t take a PhD in international relations to recognize that by prolonging the status quo, Israel prospers. Maintain the status quo long enough and eventually the whole land will become Israel and there will be no peace to negotiate.

If that were to happen, the few remaining Palestinians, who were unwilling or unable to leave their homeland, would simply be absorbed into Israel proper.

Why then should Israel work for peace? The status quo may well grant only Israel all the land with only a sparse remnant of the people. It is certainly a much better solution for them than any peace negotiated in the meantime.

Why should the United States work for peace?

With Israel’s broad support among the evangelical community, few American politicians would upset the status quo. To do so would be political suicide.

NB: unless of course the negotiated peace is very advantageous for Israel.

You could say they lack the courage to do what they know is right and to right the wrongs they have done in this conflict.

And I would agree.

At the same time, however, this belief simply fails to understand how politics works. Nations, and individual members of its power structure, are rarely motivated by “what is right”. They are motivated by what keeps them in power and what will maintain or increase that power.

It’s a fact of the way the world works. You and I might not like this. We might have ideals about doing the right thing. But for nations, it is rarely a motivation. In fact, one could even say that when a nation-state does the right thing simply because it was the right thing, surely there was a prior motivation as well.

NB: This point is huge. It speaks directly to those who have an idealized vision of their nation-state. All nation states act in their own interest: always. Only Jesus and the kingdom of God, which is motivated by love for one another, differ.

If only Christians understood this point!

So why should Christians plead for peace?

There are many reasons why Christians should be promoters of peace: especially in this particular conflict.

NB: to be called a child of God means that this is what God does and that we are his children because we imitate him.

NB: This is not to deny that the current occupation is to some extent a necessary evil for the State of Israel. Among the multitude of reasons why Israel thinks this occupation is necessary is their need to control the highlands for defense purposes. Moreover, Israel remains concerned about the desire of some Palestinians to destroy them.

In my next article, I want to share with you the story of the suffering of a particular Palestinian Christian, who I believe models Jesus as well as anyone I have ever known, and his family. In fact, when I think of this man, I consider what Luke said of Stephen when he was debating Jewish leaders (which among those Jewish leaders must have been the man we know as Paul), his face was “like the face of an angel” (Acts 6:15).

NB: our goal is to keep these publications free. I have no intention of hiding them behind a paywall. I can only do this if those of you who have been blessed by them and can afford to give ($5, $10, $25 or more/month) do so. You can make a tax-deductible contribution by following this link.
Please share this post and let others know about determinetruth.
If you want to view this blog on your smartphone through the Determinetruth app, simply download the “tithe.ly church” app on your smartphone and insert “determinetruth” as the name of the church you want to follow. Once it’s loaded, just click on the “blog” icon and it will load automatically.
If you would like Rob to speak at your church or organization in person or via zoom, please let us know by filling out the details on the Contact Me tab on this site.

What People Look For in Washington State Vacations | Washington

“You can’t say, ‘Let’s house our homeless, get the homeless off the streets – but don’t put them on my street'” Mayor Adams announces $8 million relief fund