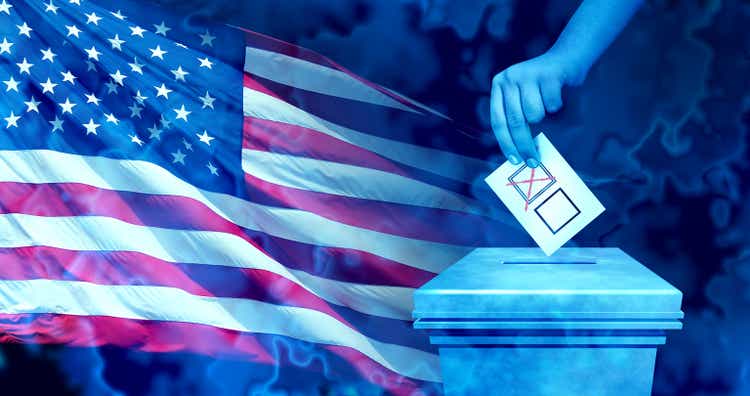 In our modern world, keeping up to date with work and family issues is a full-time occupation. Most of us are not prepared nor do we have the skill to analyze complex economic problems. We must rely on reliable sources. Generally, we turn to sources that present a point of view most closely associated with our own. These views, whether conservative or liberal, may be influenced by political narratives rather than factual analysis. Being roped into these stories can blur a true reading of the facts on the ground. For example, I know people who sold stocks when Barack Obama was re-elected in 2012. I also know people who blew up their stocks when Donald Trump was elected in 2016. Both were the wrong decisions to take at the time.

What I mean is, we’re all wrapped up in these political/emotional narratives, and it can make us do stupid things with our money.

Two of the most important assertions about the economy concerned the inflation that erupted after the pandemic and the administration’s apparent inability to do anything about it. BTW, neither side had concrete answers on how to bring it under control, but the onus was on the administration. The second problem, related to the first, has been called the failure of energy policy.

The root causes of our current inflation problem have much more to do with the pandemic-related fiscal mega-stimulus and tax cuts (all on the credit card), $7 trillion, much of which had bipartisan support. We could also add, for good measure, a monetary policy that was too easy, too long in response to the 2008/2009 financial crisis and the pandemic. Then there was the pent-up demand caused by the lockdowns and finally the disruption of the supply chain related to the lockdown. Oh yeah, a lot of people left the workforce during the pandemic and never came back. Add to that a very restrictive immigration policy and you have wage inflation the likes of which we haven’t seen since the onset of the disinflationary impact of globalization on wages and prices… somewhat to blame for the plight of the middle class in the United States. The unemployment rate stands at 3.6% and it has been one of the best times in history to look for a job in our country.

How can we reverse this…a massive tax hike (fiscal policy), massive federal spending cuts (what’s your choice?), or raise interest rates through the roof (i.e. all are very unlikely. I might point out that none of these solutions are the direct purview of the executive – usually the central point of blame. I might also point out that the benefits of globalization are reversing. Shipping all those jobs to the alien is now coming back to bite us where it hurts. We have created huge middle classes overseas, and they all want to live like you and me. This means huge competition and demand for resources that we don’t have faced over the past two decades. The prices of all kinds of commodities will rise on a secular basis, and we cannot control that.

Unless President Biden or his Republican counterparts have a magic wand, our only hope is that the Fed’s recent efforts to rein in the beast, along with greater productivity in the post-Covid world, will lead to moderation. of inflation.

Let me suggest that the administration’s energy policies, deep-sixing of the Keystone-XL pipeline, and bans on allowing new drilling on federal lands have little to do with the current high energy prices. On the other hand, the promotion of green energy and electric vehicles may have dampened chilled energy companies’ plans to “drill the babies”. Businesses have looked to the future and seen highways crowded with electric vehicles, perhaps making them more circumspect about how they invest and plan for their own future. As a result, they invest less in new production, hoard cash, pay down debt, and return cash to shareholders through share buybacks and dividend increases. It is the soul of enlightened self-interest. All this evasion about the need to open leases on federal lands is false. APA Corp. (PAA), a personal holding of mine, has a ten-year inventory of drillable prospects. They and other oil companies are thrilled the administration is taking the push for anything they could do to remedy the situation.

Then there’s OPEC, which operates with the same concerns about the long-term viability of its energy assets. If we in the United States decide to dramatically increase production, OPEC’s normal reaction will be to flood the market and cause prices to explode. We seem to be living in a new world where producers are more interested in maximizing their profits rather than rushing to increase production to meet growing demand. My feeling is that the only way Congress (and it would probably take an act of Congress) could have any impact on production would be to guarantee the producer a profit on the dollars spent to produce more oil (i.e. say subsidies like those for agriculture). I doubt it would fly.

As the November 8 election approached, there seemed to be consensus that we were going to see a big red wave. People were fed up with the economy (which was quite strong) and, more importantly, with inflation. There seemed to be an idea that the reds would take care of inflation because they were much better than the blues at Econ 101. I don’t know why this concept exists because I’ve seen some really good economies led by the blues (Clinton 1 & 2 and Obama 1 & 2). I also heard over election day lunch that a red win would be great for energy stocks. I wasn’t sure about that statement either, as stocks had been great sources of income and great results.

As this red wave failed to materialize, the market collapsed and the energy sector was hit hard, with the Energy Select Sector SPDR fund (XLE) down nearly 5% and West Texas Intermediate down more than $3.00 a barrel. I guess that answer was consistent with the idea that a more favorable legislative mix was disappearing. In the final analysis, none of this makes sense.

My simplistic analysis – restricting production, which the energy industry agrees, keeps prices and profits higher than encouraging production. So why the rout? My feeling is that partisan rhetoric has taken precedence over actual facts and reasoning. Crude’s sharp drop was also a complete mystery until the release of the American Petroleum Institute’s (API) weekly inventory report showed crude inventories higher than industry experts had expected. estimated… noise. On Friday (11/11), the XLE hit a new 52-week high.

What I mean is that pre-election and post-election political language is not a good way to invest. Besides, investing in any political outcome is dangerous because it can be done on the basis of passions rather than reason. On the other hand, these events create opportunities. It did, with Thursday’s better than expected CPI print. Did you leave your policy at the door?

What do you think?