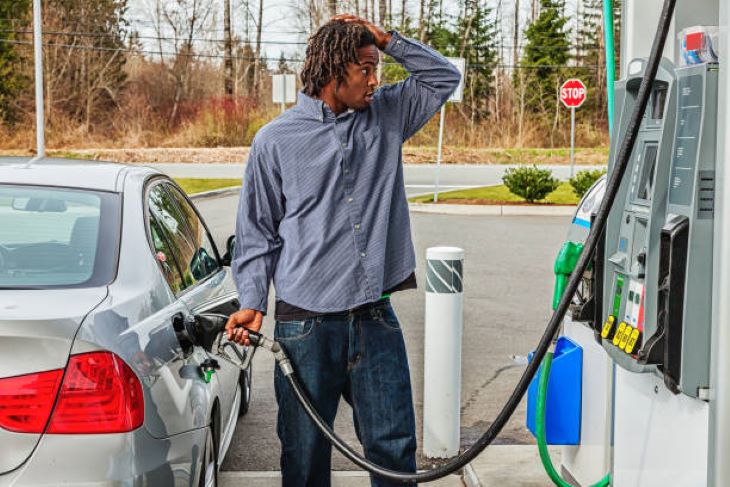 We are living in difficult times these days and there are many signs that it is going to get more difficult.

Inflation is higher than it has been in decades, gas prices are skyrocketing, and the cost of almost everything else is rising dramatically.

On top of that, the COVID-19 pandemic has been difficult in one way or another for most people, whether it’s illness, loss of loved ones, restrictions on lifestyle, increased care, financial hardship or isolation. Everyone took a hit, somewhere.

Globally, there is also a lack of stability with the unprovoked Russian invasion of Ukraine and the real threat of a larger war, a much higher degree of civil unrest in the United States and the global supply chain challenges.

It is no wonder that there is a climate of discontent and concern in Canada which, in some respects, has manifested itself in an undercurrent of hatred and anger. Indeed, there are signs that we will see a repeat this summer of the so-called Freedom convoys returning to Ottawa. Exactly what we don’t need.

Canada’s Ambassador to the United Nations, Bob Rae, in recent, almost Churchillian remarks, put it this way: “A truck is not a speech. A horn is not a voice. An occupation is not a protest. A blockade is not freedom, it blocks freedom for all. A request to overthrow a government is not a dialogue. The expression of hatred is not a difference of opinion. A lie is not the truth.”

Yet the hard truth, in my view, is that in many ways we are here and that has to change. The real question then is how to reverse this? My answer is that it is a matter of leadership. It is easy for the federal government to blame others for the serious problems facing Canadians right now. While there is some truth in that — the pandemic is a global problem, inflation is global, and rising conflict is global — to find ways to address these issues in Canada, the buck stops here.

For example, the rise in the price of gasoline is generally blamed on the war in Ukraine. This is only partly true. There are other sources of oil and gas that can and, given current circumstances, should also be developed here in Canada.

A recent check of gas prices in the United States, taking into account the difference in value of our dollar, revealed that it was more than 50 cents per liter cheaper than in Canada. We should ask ourselves why. The answer could be that the government gains tax revenue when gasoline prices rise. In difficult times, I believe that real leadership is not about increasing government revenue, but rather about taking action to reduce the cost of living for ordinary citizens. Why not at least a temporary reduction in gas taxes, the HST, and yes, even the many “sin” taxes? Sure, it would reduce the revenue the government could spend on pet projects, but it would also ease the burden and pressure on Canadians when times get tough.

In my opinion, we have weak leadership at the federal level in Ottawa. I include the three major parties in this statement. Jagmeet Singh and the NDP think playing Robin Hood will solve all the country’s problems. The conservatives are currently going too right and the liberals are trying too hard to be everything to everyone. It is simply not possible. But the responsibility really lies with the government and not with the opposition parties. This is where Canadians need really strong, positive and effective leadership right now. I seriously wonder if we get it.

Justin Trudeau is clearly heading towards his sell-by date, and it’s starting to show. There are also those in his Cabinet who are chomping at the bit to take his place. The good news is that three of them are women! But that could be in three years. As a journalist and former diplomat Norman Spector recently said: “While the Prime Minister is no doubt thinking of leaving, the entire government seems incapable of any initiative. As if absolutely everything in Ottawa was on autopilot. And therein lies the problem.

Many Canadians are hurting right now and worried about the future. A poll today indicates that a quarter of Canadian homeowners fear they will have to sell their homes if interest rates continue to rise.

Unless Prime Minister Trudeau wants to leave now, he must intervene. It must give hope to Canadians and it must relieve them. He needs to demonstrate how he and his government support us, instead of just saying so and blaming others for the problems we face. This would quell the frustration and anger of Canadians and lessen the effect of new “freedom” convoys, conspiracy theories and civil disobedience.

In business, Hugh Mackenzie has a background in radio and newspaper publishing. He was also a founding partner and CEO of Canada Enterprise, a national public affairs and strategic communications firm founded in 1986.

Currently, Hugh is President of C3 Digital Media Inc., the parent company of Doppler Online, and he enjoys writing commentaries for Huntsville Doppler.

Register here to receive our digest by email with links to our most recent stories.
Local news delivered to your inbox three times a week!