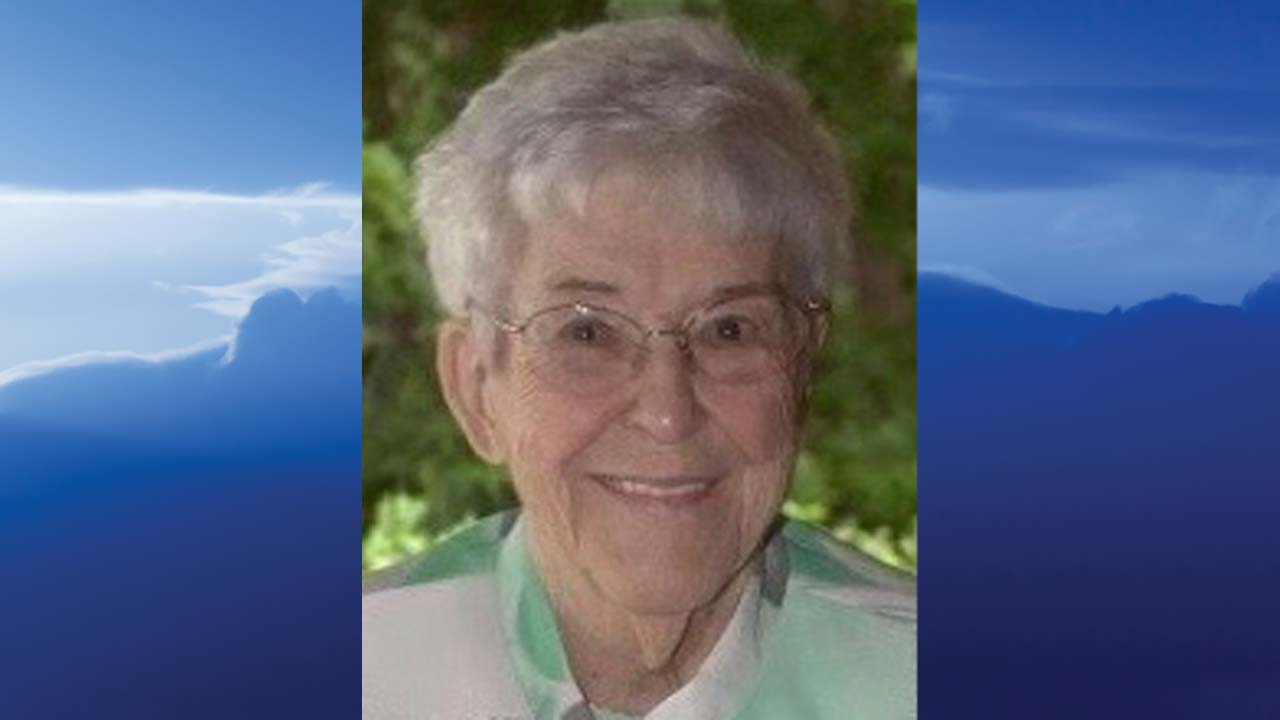 AUSTINTOWN, Ohio (MyValleyTributes) – Marjorie Gessner, 95, died Saturday, May 7, 2022 surrounded by her family. She leaves a void of love for her family to fill, knowing that one day they will see her again.

Born May 22, 1926 in Youngstown, to Ella German Brown and Charles Brown, moving to Austintown at age 2.

She was a member of the Austintown Community Church and married the love of her life Albert “George” Gessner on June 7, 1947.

She was proud to graduate from the Fitch Class of 1944.

Described as ‘always on the move’, she organized their reunion until their 75th reunion in 2019.

Marjorie excelled in typing and shorthand, working as a secretary at Hynes Steel Company in Austintown. She then worked at Postal Church Services and InfoCision. When K-Mart opened, she applied for a position as a cashier – quitting her interview as an advertising manager for Austintown and Boardman stores.

Gifted in crocheting, sewing, cooking and baking, she made every grandchild a special Afghan when they went to college and sent her grandson, a Marine serving in Afghanistan, a camouflage Afghan to give to his troops when he returns home. She sewed dresses for little girls in Haiti and hosted roast beef dinners to fund accessibility to the church for people with disabilities by baking dozens of homemade pies with the ladies of the church.

Known for her Easter candy, she was a frequent guest on WFMJ’s Marjorie Mariner’s Kitchen Corner Show, won Best of Show Awards at Canfield Fair, and represented Mahoning County in the Ohio Edison’s Baking Championship in Ohio. State Fair.

She opened and operated Regency House Bingo in 1974 to benefit the Warren Junior Military Band and VFW Post 4237, later helping to establish Bingo to fund Falcon Stadium’s all-weather track. She volunteered to raise funds for the PTA, Austintown and Warren Junior Military Band Parents, and Bluecoats Drum & Bugle Corps. Bingo raised funds for the military band to travel across the United States, England, Scotland and Wales for the Queen’s Silver Jubilee and to Hawaii twice. She and the group’s mother, Marjorie Harkabus, flew to Hawaii, arranging the group’s trip in 1980.

They thought the wool band uniforms were too warm – so they and other mothers sewed 110 pairs of shorts and Hawaiian shirts for band performances. She took her sewing machine on the plane and finished the shirts from her hotel on the beach in Waikiki.

Strong, independent and stubborn, she had a never give up attitude and lived a life of giving and helping others. She loved crafts, bingo and slot machines. She treasured her family the most, letting everyone know her pride in her children and grandchildren. When her husband died in 1985, she focused on her grandchildren and delighted with her great-grandchildren.

She was predeceased by her parents, three brothers, two sisters and her husband.

As an “always on the move” person, she helped everyone and left this world a better place. She survived cancer 11 years ago with the following phrase: “Life is not about waiting for the storm to pass. It’s about learning to dance in the rain.

She leaves a legacy for her grandchildren to never give up.

His family thanks Transitions Hospice and the staff of The Inn at Ironwood for their love and care over the past year.

Friends can call Friday, May 13, 2022 from 11 a.m. to noon at Lane Funeral Home, Austintown Chapel, where services will be held at noon.

Family and friends can send condolences to www.lanefuneralhomes.com.