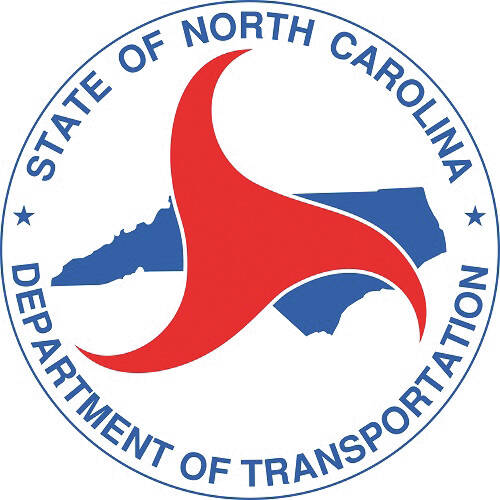 LUMBERTON — A family continues to seek justice in the death of a 19-year-old St. Pauls resident shot dead in July 2021.

A billboard bearing the photo of Marqueise Coleman, 19, could be seen Monday on Interstate 95 near exit 31 in St. Pauls.

Coleman, who was a former running back for the St. Pauls High Bulldogs football team, was shot on July 29, 2021 at 885 Alford Road in St. Pauls. Before Robeson County sheriff’s deputies arrived on the scene, he was taken by private vehicle to UNC Health Southeastern Hospital where he was pronounced dead upon arrival, according to the sheriff’s office. .

The reward for information leading to an arrest in the case remains at $8,000.

Nearly six months have passed since Coleman’s death, and his family members continue to seek information to bring the person or persons responsible to justice.

The billboard is the result of efforts by Stephanie Blackadar, whose sister is Coleman’s sister-in-law, and Coleman’s family members and friends who worked to keep her face in the public mind. .

The goal is to “keep her face in the spotlight” and “pressure someone to do the right thing and come forward,” she told The Robesonian.

The billboard is something Blackadar and Coleman’s family members have been working on, she said.

“It was kind of a big moment for me,” Blackadar said as he watched the billboard go up. “It feels good to know that the little efforts add up.”

Blackadar told the Robesonian that Monday was a “good day,” but an emotional experience for his sister and other members of Coleman’s family who saw the billboard for the first time.

“I never imagined I would have to see my grandson’s picture on a billboard trying to get justice,” Janice Coleman said.

When Marqueise’s mother, Tanisha Coleman, saw the billboard, she said, “I had been strong up to this point…it broke my heart even more.”

The billboard presents an opportunity to reach thousands of motorists traveling on the highway every day.

In 2020, there were an average of 44,000 vehicles passing through the area each day, whether in the northbound or southbound lanes, according to Andrew Barksdale, spokesman for the North Carolina Department of Transportation. This means that around 16,060,000 vehicles passed through the region in 2020 alone.

Family members said they hope the billboard will inspire people to speak up.

“If they were wondering if it was someone in their family, they would want justice,” Janice Coleman said.

“They would like someone to talk,” she said. “…That would give us some peace.”

“I appreciate the efforts of family and friends to do this and we continue to call on those who are hiding information to come forward with the truth,” Wilkins said.

The billboard is the result of the efforts of the social media campaign on Facebook and Instagram called “Justice for Queise”, which is led by Blackadar. As part of the campaign, items were sold to help raise funds for efforts such as the billboard.

The Facebook page had 513 likes and 536 followers as of Tuesday afternoon. The @justiceforqueise Instagram profile had 157 followers.

“I can’t express how deeply grateful we are to every single person who helped make this happen. Every donation, every purchase of a shirt or hoodie, every post share has helped put this billboard together. As always, demand #justiceforqueis,” read a statement on the page.

Marqueise’s sister shared words of gratitude for Blackadar’s efforts and for everyone who donated and made the billboard possible.

“It just means a lot that there are people out there fighting to get justice for my brother,” Marqueisha Coleman-Brown said.

“Thank you for all the support my family has received. It means a lot to us,” she told The Robesonian.

A GoFundMe page has been created to raise funds, and items like shirts are being sold online at https://justice-for-queise.creator-spring.com. The GoFundMe page had raised $585 of its $15,000 goal with 17 donations made as of Tuesday afternoon.

The social media page said all funds raised will go towards a scholarship honoring Coleman, increasing the reward for information in the case or “potentially extending our poster campaign beyond 12 weeks.” .

The social media campaign was Blackadar’s idea, which came to fruition after Coleman’s mother cleared it, Blackadar said. The campaign started in November.

“Quiese was murdered in July and nothing happened,” Blackadar said.

The police were doing their job, but witnesses were not coming forward, she added.

“After a few weeks, I felt like, for his family and for my family, the world stopped,” Blackadar said.

But posts about Coleman slowed and it felt like the world was moving on, she said.

So she turned to the internet to keep her name and face prominent in the minds of the public.

“We are in the process of creating a foundation in his honor,” Blackadar said.

The foundation’s goal would be to ensure student-athletes can play sports “without finances being a barrier,” she said.

The process is still in the early stages of making it, she told The Robesonian.

In the meantime, efforts will continue as part of the Justice for Queise campaign.

“We plan to continue until we no longer need it,” Blackadar said.

LETTERS: Support the yes to the tourist tax | Opinion