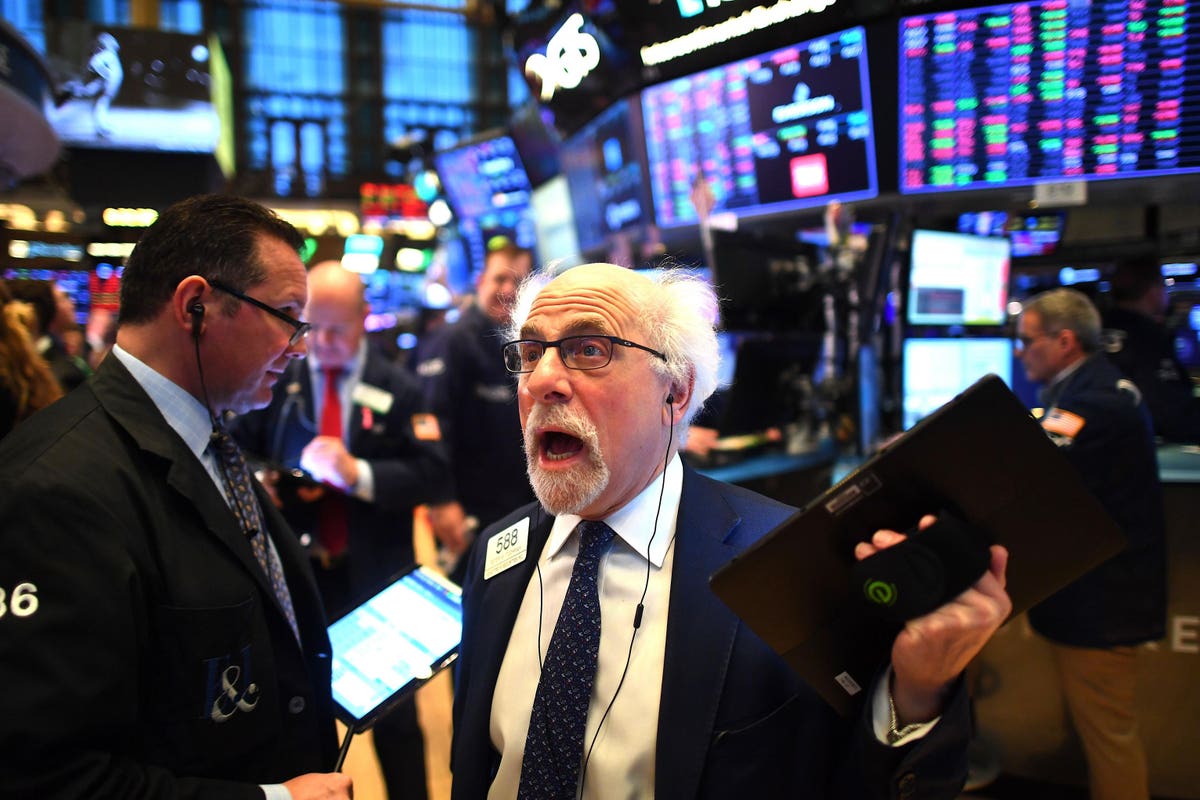 No more problems with “inflation” – Dealing with volatility

For traders, volatility is breakfast, lunch and dinner – market turbulence is good for making money.

But for policy makers – like the heads of the Federal Reserve, European Central Bank, etc. – the volatility of macroeconomic indicators is highly indigestible. This is particularly a problem for inflation indices, which track the prices of goods and services to guide monetary policy. Some of the major metrics suffer from excessive volatility in some of the key components. For example, the extreme volatility of energy prices is well known.

Trying to manage monetary policy with wildly fluctuating gauges would be like driving a car where the speedometer was constantly hovering between 30 mph and 60 mph. Taking a long term average can reduce the effect – but only to look at past history. Policy makers are looking to the future. They need advice on the direction of the inflation trend. High volatility obscures this trend.

Statistical engineers from the Bureau of Labor Statistics (BLS), the Bureau of Economic Analysis (BEA), and various branches of the Federal Reserve have attempted to solve this problem by creating alternative measures that eliminate or separate the most volatile components. Volatility reduction concepts fall into three categories:

Early approaches solved the problem by eliminating entire classes of assets that historically exhibited excessive volatility. The inspiration for this approach was the OPEC oil embargo, which caused gasoline shortages and sharp increases in energy prices in the 1970s. This led to the creation by the BLS of a modified version of the standard Consumer Price Index (CPI), which removed the volatile energy and food components – which became known as the “Core CPI”. The BEA has introduced a “basic” version of its favorite measure, the personal consumption expenditure (PCE) index.

Beyond the practical motivation (a less volatile index), the suppression of energy and food components is justified (by the BLS) “under the belief that food and energy prices are volatile and subject to price shocks that cannot be cushioned by monetary policy”.

The 16% Trimmed Mean PCE and Trimmed CPI – promoted by economists from several branches of the Federal Reserve – “solve” the volatility problem by eliminating statistical outliers. They are based on well-understood principles of statistical regularization, developed to control the distorting effect of large outliers in a statistical series. The truncated indices cut the “tails” of the distribution which include the components which experienced the largest increases or decreases in each period. The cut components are not always the same. In any given month, “energy” can be reduced if it undergoes a strong variation compared to the rest of the index – or can be conserved if it shows no such deviation.

An even simpler approach somewhat in the same vein is the median PCE, which simply records inflation for the single component “whose expenditure weight falls within the 50th percentile of price changes”. (It’s so stripped down that it’s best seen as a heuristic device, rather than a proper index.)

The Sticky Price Index, developed by the Atlanta Fed, ranks components based on how often their price changes. The concept of price stickiness plays a central role in economics and in the logic of monetary policy. The current view seems to be that the Medium “spell” prize (between important or structural price changes) is 1 to 1.5 years, although the average frequency of all changes (which includes ‘temporary’ changes such as sales) is just over 4 months. Some prices change much more frequently (like gasoline), and some change much less often. Atlanta Designers”sticky price index“Draw the dividing line at the 4 month mark.

How successful are these approaches? What light do they shed on the current “surge” of inflation?

The concept of a “Core” index – eliminating the volatile categories of food and energy altogether – reduces the variability in the measure of inflation (as measured by the standard deviation of the series for the 10 last years).

The Sticky Index uses an alternative method of reducing volatility – eliminating categories that change price frequently. The components that are removed are similar to the Core model – power and energy are predominant – but the “flexible pricing” removals are more comprehensive.

This cuts volatility in half compared to the “pure” Core model. (The Core filter is also applied to the Sticky index itself, but there is hardly any further improvement in volatility reduction, showing that the frequency of price changes captures all available flight reduction from the permanent deletions of the Core approach.)

The adjusted average offers the greatest reduction in volatility. It is the most stable of all inflation measures used by the Federal Reserve.

Surprisingly, the volatility-adjusted measures are higher than the “raw” CPI and other unadjusted indexes under “normal” macroeconomic conditions, such as during the 2012-2019 period.

It is important. The debate on the validity of the various measures of inflation often calls into question the motivations for the choice of such and such an index. These results show that the measures taken to control volatility do not add a downward bias to the published figures. Reducing volatility – during “normal” periods – slightly raises measured inflation.

The increases were not driven by the “Core” components, but by the outliers – the known high volatility categories – such as food, energy, used cars, hotels.

The gap between the “raw” CPI and the core CPI reached its highest level in a decade.

This may sound a little too technical. But it has important implications, both technical and substantive.

Technically speaking, managing the volatility of an index like the CPI and its cousins ​​and derivatives is a significant statistical challenge. Too much volatility in the index vitiates its usefulness. The unadjusted inflation measures that capture the attention of the media, politicians and the public are too volatile, too “raw” to serve as reliable guides for policy. The price spike is not as widespread as the “raw” numbers suggest. “Inflation” is heavily concentrated in a few highly volatile components, which are obviously affected by supply constraints rather than excess demand. (The previous column analyzed in detail the example of “used cars”.)

In substance, volatility turns out to be an informative signal for policy makers, even if it is not interpreted correctly in many cases. The meaning of the signal is as follows: Overly volatile prices do not lend themselves to traditional monetary policy countermeasures.

To repeat, in bold, the caveat from the Bureau of Labor Statistics quoted above:

This should be in every economist’s nursery note when it comes to talking about what to do about “inflation.” Raising interest rates will not lower gas prices. “Tapering” or “quantitative tightening” (i.e. the Federal Reserve selling its bond holdings) – while these measures may make sense for other reasons – will not reduce the cost of a used car. There can be tax measures that can help – a gas tax exemption or a temporary tax credit for used car buyers. (It may sound odd—and I’m not really suggesting it—but consider that the EV market has been enjoying a similar stimulus for years.) But the fact is, the Fed is powerless in the face of market-induced price increases. supply shock, no matter how much they tout the power of the yield curve.