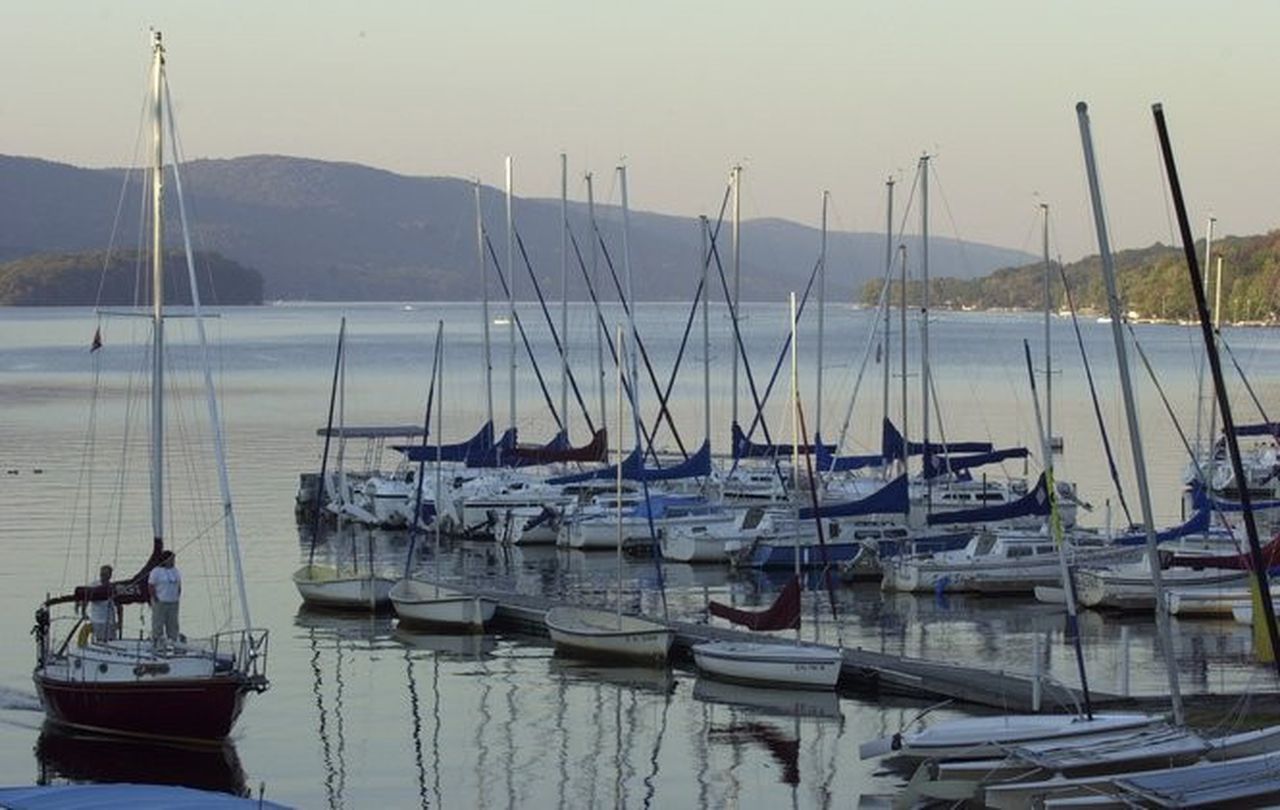 Public access to Lake NJ is not a private matter | Letters

Kudos to Michael Sol Warren (“NJ fishermen are furious because their favorite lake is losing public access”) for bringing to light the dire situation unfolding in Greenwood Lake.

After decades of paying launch and license fees, as well as an excise tax on fishing gear, Greenwood Lake on the New Jersey / New York border is privatized. Very limited public access is available to the general public. According to the New Jersey Fish and Game Code, the lake is a public body of water, filled with thousands of fish each year, paid for by fishermen’s dollars.

A weekday worker looking for a place to launch out on the lake for a day of boating and / or fishing would have a hard time finding a ramp to use.

At a recent Greenwood Lake Commission meeting, the fishing representatives were verbally demeaned and at one point a commissioner said, “You may not be able to afford to fish here.” The meeting has been recorded and is part of the public record.

Fishing enthusiasts are not looking for a battle with marina owners or commissioners. What we want is access to the resource we have worked for and paid for. Fishing is not a sport for the rich. It is a way of life, of leisure and of subsistence for our families.

It really is that simple. Greenwood is a public lake. I urge the State of New Jersey and its Division of Fish and Wildlife to provide public access.

Editorial has given a bogus image of the nursing home industry

The recent editorial “The Terrible Impact of Private Equity on New Jersey Nursing Homes” paints a blatantly false picture of our state’s long-term care industry. The article was an attack on operators who work every day to care for our most vulnerable seniors.

The overwhelming majority of New Jersey long term care facilities are owned and operated by people who live here, are trained in the industry, and are dedicated to providing the best possible care. One vendor negatively cited in the article is actually a private New Jersey-based company with fully transparent ownership.

Making a problem with the ownership of retirement homes or pretending they are controlled by “Wall Street” ignores the critical facts:

Currently, all New Jersey long-term care facilities, regardless of owner, face rising operating costs and an underfunded and outdated Medicaid payment system. This has led small operators, nonprofits and hospital systems to sell their facilities and leave the industry in unprecedented numbers.

Instead of pointing fingers, providers, public health officials, legislators, advocates and union representatives need to recognize the role that each plays. They need to honestly and openly discuss how to ensure New Jersey residents and long-term care staff remain a public health priority.

We can only create a better future for our seniors and our caregivers by working together.

The Star-Ledger Nation & World page from June 24 was truly a classic. His three articles were directed to three people severely infected with now common rights bugs.

The first involved a ninth grade student in Pennsylvania whose failure to form a college cheerleader team led her to use shameful language and symbols on social media outside of school.

The subsequent discipline of Brandi Levy’s school, sadly, must have resulted in an 8-1 free speech ruling by the United States Supreme Court in her favor. Where were her parents, who should have brought her up to recognize the real world?

An adjacent column highlighted Britney Spears, now 39 years old with a lot of talent, but also a somewhat ‘far-fetched’ story, which attempts to break away from court-ordered paternal surveillance and hopefully move on. to adulthood and the nature of the real world. .

Finally, we come to an article referring to Vice President Kamala Harris’ planned trip to the US-Mexico border. She appears to be waiting behind the scenes for an ultimate personal collapse from President Joe Biden, her ineptitude making her yet another victim of real-world realization.

While money, fame, and power are among humanist goals, a sense of generational entitlement so evident in recent years is nationally demeaning. It certainly does not help the cause of America’s international leadership role, which we always aspire to but abandon. May God help us!

Regarding Linda Diamond’s recent letter, “No more anti-Israel tropes in media coverage,” I recommend looking beyond recent provocations on both sides. These include ultra-nationalist Israeli marches through Palestinian neighborhoods in East Jerusalem and incendiary balloons sent from Gaza intended to spread terror in southern Israel.

Instead, focus on the underlying causes of these tensions: the continued occupation of the West Bank and East Jerusalem, as well as the blockade and de facto occupation of Gaza.

Human rights organizations, including Human Rights Watch and B’tselem, have documented how the Israeli government worked to create and maintain pervasive inequality between Israeli Jews and Palestinians. Palestinian protests against these abuses have met with excessive force and repression by the Israeli police.

The Israeli blockade of Gaza since 2007 has devastated its economy, with serious consequences for the Palestinians who live there. It only served to strengthen Hamas’ position.

Ending these injustices is not only necessary to protect the fundamental rights of Palestinians, but strategically necessary for the security of Israel – as many members of the Israeli security establishment have publicly stated – and essential to prevent the next outbreak of violence.

The writer is a student at Princeton University.

Our journalism needs your support. Please register today at NJ.com.

At the United Nations, 2021 has been a successful year for Pakistan, highlighting…

What Happened to Oakland Housing in 2021