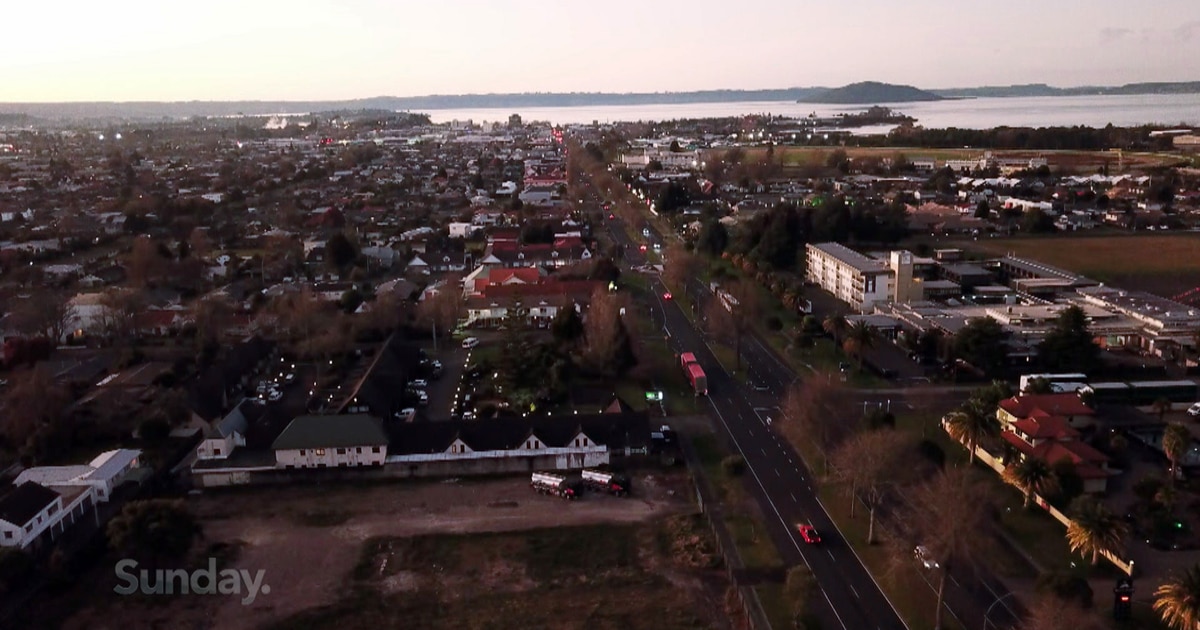 A document shared by RotoruaNZ with the Rotorua Lakes Council – intended to brief the government in March this year – shows examples of emergency accommodation motel ads on Facebook directly targeting residents of Tauranga and Whakatāne.

These advertisements in Tauranga and Whakatāne were live at the time the document was produced.

The document, written by RotoruaNZ chief executive Andrew Wilson and director of research and information Justin Kimberley, said the emergency accommodation scheme facilitated by the Department of Social Development (MSD) had enabled providers to hosting to advertise directly to potential customers through channels such as Facebook Marketplace.

“As a result, a large number of motels in Rotorua (approximately 50-60) are either emergency accommodation only or mixed-use,” the document says.

“As a city dependent on tourism – both international and domestic – we have suffered considerable damage to our reputation.

“The data also suggests that a large number of emergency housing recipients were previously not located in Rotorua,” the document said.

He said most of the data the paper relied on came from an official MSD information response and statistics on the Department of Housing and Urban Development website.

A spokeswoman for RotoruaNZ said the aim of the document was to highlight “the need for central government to provide targeted support programmes”.

Wilson’s recollection was that Bryant said he would follow up with advertising the properties on Facebook, but debated interpreting the data on outsiders.

Wilson informed Bryant that MSD data was not readily available at RotoruaNZ and required an official information request whenever they needed information.

A follow-up email from Bryant to Wilson said MSD had identified four motels that were advertising outside of Rotorua for long-term stays, and the department had “asked them to stop doing so and will follow with a letter”.

He asked Wilson to pass on any other examples from the practice.

Bryant said two surveys had “confirmed that the majority of people housed in emergency accommodation in Rotorua were from Rotorua”.

Another meeting in July, which included Wilson, representatives of Rotorua Lakes Council and Bay of Plenty Regional Council, Te Pokapū, Visions of a Helping Hand, Lifewise, the then Lakes DHB and government agencies including MSD, took place at Four Canoes motel.

From Wilson’s recollections, he briefly summed up “the city takes [a] very successful from an economic point of view given the reputational problems that lead to a drop in visits, which leads to [fewer] jobs and subsequently making Rotorua a less attractive place to live and work”.

He also said the city was in a “perilous cycle” and it was becoming “more and more difficult to get out of it”.

“If we don’t manage properties properly, significant damage is done to the entire wellness spectrum.”

It was Wilson’s memory. Bryant suggested that the reputational issues resulted from “people talking badly about the city”.

That same month, Bryant, speaking at a Rotorua Lakes Council meeting, said there were “people complaining about everything” and that MSD “didn’t really like working with negative people” .

The May before that meeting, it was revealed that a third of the 120 weekly calls in Rotorua were to emergency accommodation motels, according to a statement from a senior council official.

On Friday October 28, RotoruaNZ Managing Director Andrew Wilson said advertising for out-of-town MSD customers was problematic and would “only exacerbate the problems we face in housing d ’emergency”.

“Bringing more people to Rotorua when there is no suitable accommodation available doesn’t help anyone.”

Wilson said he understands the practice continues, but said ending the practice would not solve “the larger problem of managing the process of using motels for emergency housing.”

“Due to current processes, people will still be able to come from outside Rotorua and stay in motels whether or not they have a connection or support here.”

Wilson’s comments and recollections of the meetings were submitted to Bryant.

On Wednesday last week, Bryant told Local Democracy Reporting that on Nov. 1, MSD contacted a motel in Rotorua about a Facebook post advertising emergency housing to out-of-towners and “requested that ‘they remind their staff not to do that’.

“When we know a motel in Rotorua is advertising emergency accommodation in out-of-town social media groups, we reach out and ask them to stop.”

Bryant said it was an “occasional issue over the years” that still occasionally occurs.

“Our impression is that it has diminished over time.

“We are in regular contact with emergency housing providers and value our relationship with them, so a conversation is usually enough.”

Bryant was asked if there were specific enforceable advertising rules for motels providing emergency housing and he replied that because the motels were privately owned and MSD did not have contracts with them, the problem was not covered.

“However, it is our policy to ask for a valid and clear reason before any emergency housing assistance is provided to people relocating from outside their area.

“It’s not fair if social media posts mislead people about this, and that’s generally understood by the vendors we choose to work with.”

A motel known to have made some of the advertisements targeting foreigners has been approached for comment.