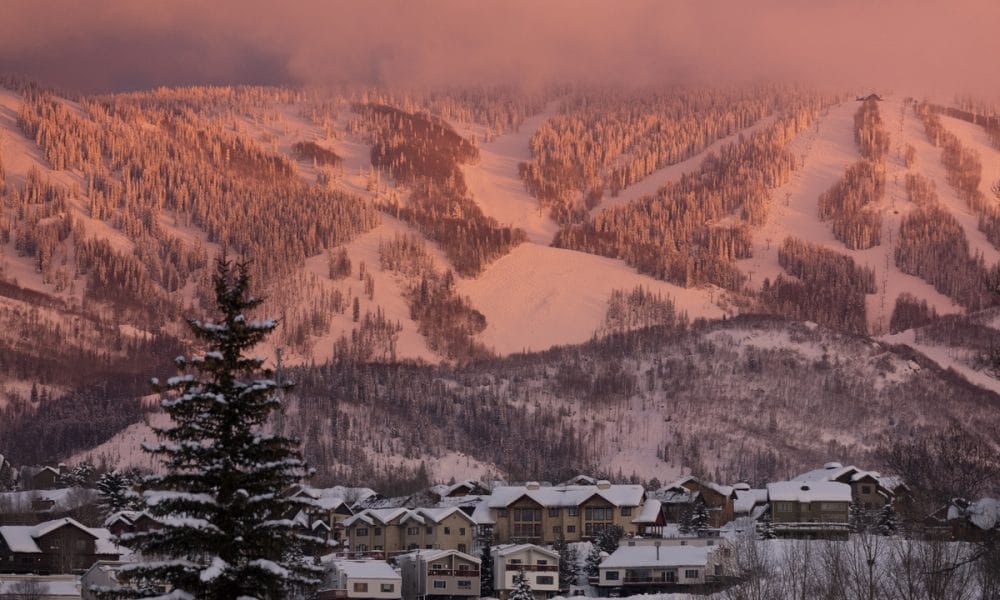 Steamboat Springs bans vacation rentals in more than half of town

Steamboat Springs bans vacation rentals in more than half of town

On Tuesday, June 7, the Steamboat Springs City Council voted 6-0 to pass an ordinance banning vacation rentals in the majority of the ski resort located in northwest Colorado.

As of June 15, short-term rentals (STR) are prohibited in the red zone, which covers more than half from the city; capped in the yellow zone, and authorized without restriction in the green zone.

“It looks like high-handed politics driven by emotion, not facts, and opens the city up to arbitrary and capricious decision-making issues that could form the basis of legal action,” said Robin Craigen, co-founder and CEO of move mountainsa Colorado-based property management company and board member of Steamboat Springs Community Preservation Alliance (SSCPA).

However, the city council has created an avenue for existing STRs to continue to operate in the three areas, planning director Rebecca Bessey said. This could be a major lifeline for the city’s 4,300 STRs.

STRs in yellow and red zones that were operating before June 15 can apply for “non-compliant legal status,” which would allow them to continue to welcome guests.

To prove that the STR was operating prior to June 15, the owner or manager must submit documentation of STR activity, such as booking confirmations, verified stays, and sales tax remittance. STRs with registered non-compliant legal status can continue to operate in yellow and red zones, Bessey said.

Council members also requested an amendment that would allow principal residents to short-term rent rooms in their homes a maximum of two times, or 30 cumulative days, per year, whichever is more restrictive, Bessey said.

The overlay map aims to minimize the “potential negative impacts of short-term rentals” on the community’s housing supply, the character of residential neighborhoods and worker shortages, according to a report from city staff.

However, the data suggests that few of the short-term rentals affected by the order would actually become long-term rentals, said Paul Forehand, an owner in Steamboat Springs who addressed the council on June 7.

“In other words, people who tell you they won’t move to a long-term rental because they’re using their property themselves while renting it out to supplement costs are telling you the truth,” said Forehand.

“You’re not going to solve the problem of price and quantity of long-term rentals by choosing short-term rentals.”

Council also approved two other ordinances which establish new short-term rental licenses and operating rules, including maximum occupancy, parking requirements, vehicle limits and a responsible party to respond to 24-hour complaints. out of 24.

Short-term rentals must display a license in a visible location inside the premises, and occupancy is limited to one person per 150 square feet, or a maximum of 16 per home.

The three orders come into effect on June 15 but provide a six-month grace period to give owners time to register their properties.

Airbnb recently published a report by HR&A Advisors which quantifies the important role of short-term rentals in Colorado’s economy and demonstrates what is at stake specifically in Routt County, where Steamboat Springs is located.

The study found that in Routt County, STRs generated $179.2 million in economic output in 2020, including $65.3 million in visitor spending, 1,100 local jobs, $41.6 million in dollars in worker income and $4.5 million in state and local taxes. The study also found that only 178 of 6,800 STRs in Routt County would be affordable to workers if converted to long-term rentals.

Some homeowners affected by the ban said they were rethinking their investment in the community.

“It took my wife and I 25 years to be able to afford a condo in Steamboat,” the owner said Chris Drohosky wrote in a letter to the board June 8.… After buying the condo, we had to make long-term rentals in order to pay the mortgage. The ultimate goal was to go into short term rentals within a year so we could also enjoy it with our friends and family. That dream shattered last night.

“We are currently renting the condo to a lovely family at an affordable price and were about to renew their lease for another year. After [the decision by council]we have decided to sell the unit as the value will only go down and we will never be able to use it for ourselves.

“Your actions have not only affected us and other landlords, but we now have to tell a super tenant we’ve had for three years that he needs to go somewhere else to find a rental.”

The board is also considering send a ballot measure to voters in November that would levy a special tax on STRs to generate revenue for affordable housing. The tax rate has not yet been determined, but council members have discussed a rate between 7% and 10%. They are due to hold a meeting on June 20 to discuss the proposed tax.

Craigen said the SSCPA would now focus on opposing the tax.

“If this passes, it will have a further devastating effect on local accommodation companies struggling with inflationary pressures and falling demand as the world opens up post COVID,” Craigen said.

Summer Travel 2022: How Much Americans Are Overspending on Vacations