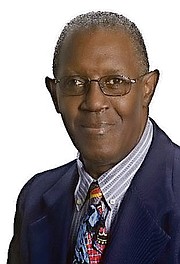 The Bahamas urged: ‘Go back to the tourism sector’

• Architect: the nation must flip the current model on its head

• The country must close “three gaps” for the return of wealth

Editor-in-chief of the Tribune

A prominent architect argues that the Bahamas must “get back into tourism business for itself” to reverse the “dramatic decline” in its competitiveness against rival, faster-growing Caribbean destinations.

Patrick Rahming, who has written two books on the subject, reiterated in a recent interview with Tribune Business that the Bahamas must effectively reverse the current tourism model if its citizens are to once again become the nation’s primary wealth creators and beneficiaries. biggest industry.

Renewing his call for the Bahamas to return to the pre-1970s tourism model, he said the country was no longer in the tourism business itself or acting as a real destination but, at the instead, provided support and resources to those who benefited from the essentials. of its revenue – mega resort destinations, like Atlantis and Baha Mar, and the cruise ship industry.

As a result, the Bahamas no longer “takes responsibility for bringing customers to the destination” but has handed over this obligation to these actors who are destinations/products in their own right. Of the 7.2 million visitors to the Bahamas in 2019, Mr Rahming said the country could only say that between 700,000 and 800,000 of that number were its own customers, with the rest belonging to mega resorts and ships. cruising.

Claiming that Bahamians have largely been conditioned to accept employment, as opposed to wealth creation and ownership, when it comes to the tourism industry, the well-known architect said the country had begun to “lose our customers” in the 1970s, with the economy suffering from what he called “three flaws” – lack of vision, reluctance to engage in intellectual discussion, and a flawed business model.

This, Mr Rahming said, had left “a complete reliance on residual income from resort operators and the cruise industry”, which he called an “unsustainable situation”. He added that this also explains why tourism in the Bahamas has seen relatively anemic growth in the number of stopover visitors over the past three decades, with the Dominican Republic and Cuba increasing theirs eightfold over the same period.

While growth in stopover visitors to the Bahamas may have been slightly higher than Mr Rahming allowed, based on the 1.8 million stopovers received in 2019, there is no doubt that rival Caribbean nations before COVID-19 had grown at a much faster rate than this nation.

“We weren’t getting business at the same rate as others in our area,” he added. If the Bahamas had experienced the same growth rate in stopovers as Cuba and the Dominican Republic, Rahming said it would now attract 11.4 million visitors with an average per capita spend of $1,300, equivalent to an annual economic injection of $14.82 billion.

“We would be able to almost wipe out our national debt pretty quickly, and that would have incalculable benefits as far as the economy is concerned,” he told Tribune Business. “What would have the most advantages is that by taking over the business ourselves, we would create local wealth rather than employment.

“For 40 years, our objective – the main benefit we are trying to obtain – has been employment, not the creation of wealth. Given the model we developed, having a job is a safer bet than starting a business. We don’t want to encourage people to start a business so much as we want to tell them that we are going to provide them with jobs. We have developed into a risk-averse country because we peddle job security.

“We have to recognize that the residual income from serving other people who are in the tourism business could never be in the same economic vein as running our own tourism business. The fact that we ran out of our own customers in the 1970s, I don’t think there are many people who understand how that happened. The implication is that we stopped having our own customers and started relying on cruise ship and resort customers.

Mr. Rahming’s argument is that the Bahamas will only maximize the economic benefits of tourism if it reverses the script or disrupts the current industrial model and returns to something akin to the 1960s – when several restaurants, nightclubs and retailers owned in the Bahamas, many of which are located Over-the-Hill as well as on Bay Street – formed the core of activities and attractions enjoyed by tourists.

He argued that a lack of historical knowledge regarding this past, particularly among Bahamians aged 50 and under, contributes to what he describes as the “vision gap”. Mr Rahming wrote: ‘It recently surprised me that today’s 50-year-old has no idea of ​​a successful tourist environment in the Bahamas, having been born in the funeral of that time.

“A decade before they were born, New Providence, for example, was dotted with successful nightclubs, some of which became legendary, like the Cat and Fiddle, the Silver Slipper, Zanzibar, Conch Shell, the Jungle Club, all locally owned and operated, mostly by black Bahamians.

“So were attractions such as the Nassau Seafloor Aquarium, Ardastra Gardens, Son et Lumiere (sound and light show) and Wax Museum at Fort Charlotte, Balmain and Bahamia Museums. Successful Over-the-Hill restaurants flourished, such as the Three Queens, the Reef and the Shoal. Bay Street was lined with nightclubs and show clubs, restaurants – both Bahamian and international – and shops that sold both fine local and European goods, {” he added.

“In 1980, all that was gone. The 50-year-old today would have been eight years old. For anyone under 50, tourism reports are about occupancy rates, not local wealth development. For them, promoting tourism means subsidizing airlines and resorts, and buying advertisements to promote our beautiful surroundings. It is not about running a business for the benefit of the local business community.

Besides age, Mr Rahming identifies the second cause of the so-called “vision gap” as the post-independence vision which viewed tourism as the operation of resorts. Politicians, he argued, failed to understand the business model left behind by the controversial Sir Stafford Sands. Accordingly, he argued that this resort-centric mindset persists today, as seen in the Grand Lucayan Agreement, rather than the people, culture, heritage and other attributes being the heart of the product.

“This new approach, which persists to this day, led to governments bowing to the wishes and influence of resort and cruise operators,” Mr Rahming said. “Over the past five decades, the Bahamas has poured in hundreds of millions of dollars (perhaps billions) to pay for the marketing and promotion of resorts, to subsidize or purchase failed projects, to facilitate cruise operators with installations and prime property leases, with no visible benefits except employment.

“We have become experts in the tourist activity but seem to ignore that there is a tourist business. The result has been the absolute demise of our tourism business as part of this flawed resort-based vision and the cruise industry. Mr Rahming said the failure was directly responsible for the “declining performance” and “dramatic drop” in the Bahamas’ tourism competitiveness compared to its Caribbean rivals.

And he argued that the impact was compounded by “the persistence of a political culture that guarantees commitment to outdated or flawed concepts in the guise of ‘ideas’ rather than the result of genuine intellectual pursuit and of a philosophical commitment”. The Bahamas, Mr. Rahming said, has been locked into the status quo because its leaders — especially in politics and government — refuse to embrace dissenting ideas or alternative viewpoints.

With dissidents often “silenced or humiliated”, he added: “While cruise lines and travel companies are all telling us that we lack sufficient product to function as a destination, we prefer to respond by spending more money on advertising and promotion, unaware of the needs of the business model for the operation of a tourist destination.

“Without our own customers, building attractions would be pointless. They would simply die again, as they did in the 1970s. Our problem will not be solved without serious intellectual discussion in an environment where real change is both expected and welcome.

Turning to the final “gap”, which he defined as the tourism model currently in use, Mr Rahming said visitors were generally looking for unique experiences in a particular destination, with attractions that worked much like a retail outlet.

However, in the case of the Bahamas, he argued, “The model currently in use defines the customer as the resort or cruise ship customer, the product as the sun, sand and sea, and the personality of the ‘people’. , the outlet as the resort or the cruise ship. Infrastructure is defined as the transportation facilities and the physical and financial support of cruise ships and resorts.

“This is a huge gap, and fixing it requires a major paradigm shift and major policy shifts. It would also require a much more focused strategy. This current model has led to complete reliance on Residual income from resort and cruise operators, an unsustainable economic situation… Three gaps, each easily filled Imagine the possibilities if we addressed them immediately.