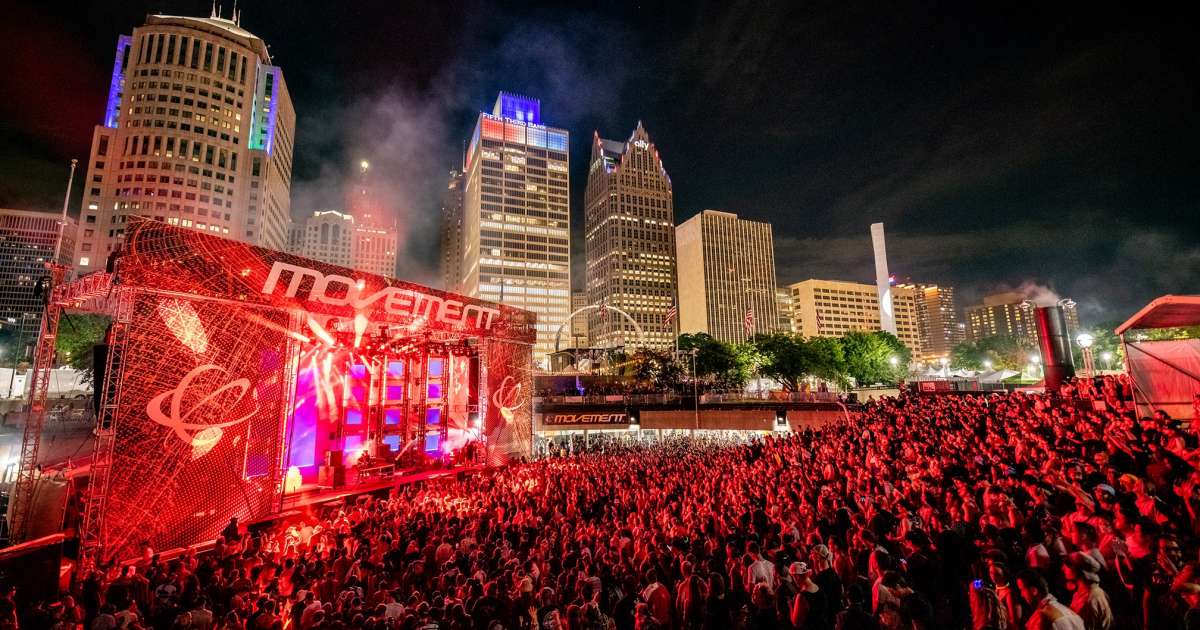 Movement’s closing day veered into more familiar ‘festival’ ground, with big sets from Duck Sauce, GRiZ and Flying Lotus making the crowd of fractal-print t-shirts stand out. But it never lost its local flavor, especially on the Detroit scene, where artists like Francois Dillinger and Deon Jamar have represented what seems like a return to the city’s chilling electro roots. On the Pyramid Stage, Detroit mainstay DJ Minx, one of the few black women on the weekend lineup, hosted one of the loudest blocks of lineup at the festival, bringing the off-chain energy that the clubs of the city are famous. to go outdoors. Even LTJ Bukem and Goldie (who wore Underground Resistance t-shirts on stage) paid homage to the city by finishing their B2B set of arena-sized drum ‘n’ bass bangers with a detour to classic techno.

But the night and the crowd belonged to Jeff Mills. Taking to the main stage in a crisp shirt buttoned up to the collar despite the summer heat, he created a masterful two-and-a-half-hour marathon as the headliner, meticulously arranging a palette of vintage drum and synth sounds in wave after wave of shimmering techno. which lived up to its The Wizard beat name. Dance music is inherently manipulative, and during her set, Mills played the crowd as much as the bank of gear around her on stage, ratcheting up the tension again and again, but denying us the release we craved. . Finally, as the end of the festival approached at 11 p.m., he let go, hitting bursts of drum rolls and ecstatic waves of synths that drove the crowd – many of us physically exhausted after three straight days of dance – in a frenzy. Eleven came and went and Mills continued. After a member of the stage staff approached him twice, obviously letting him know he’d kept curfew, he finally let loose a final barrage of traps, then stopped short, silence deafening, massive crowd begging for more.