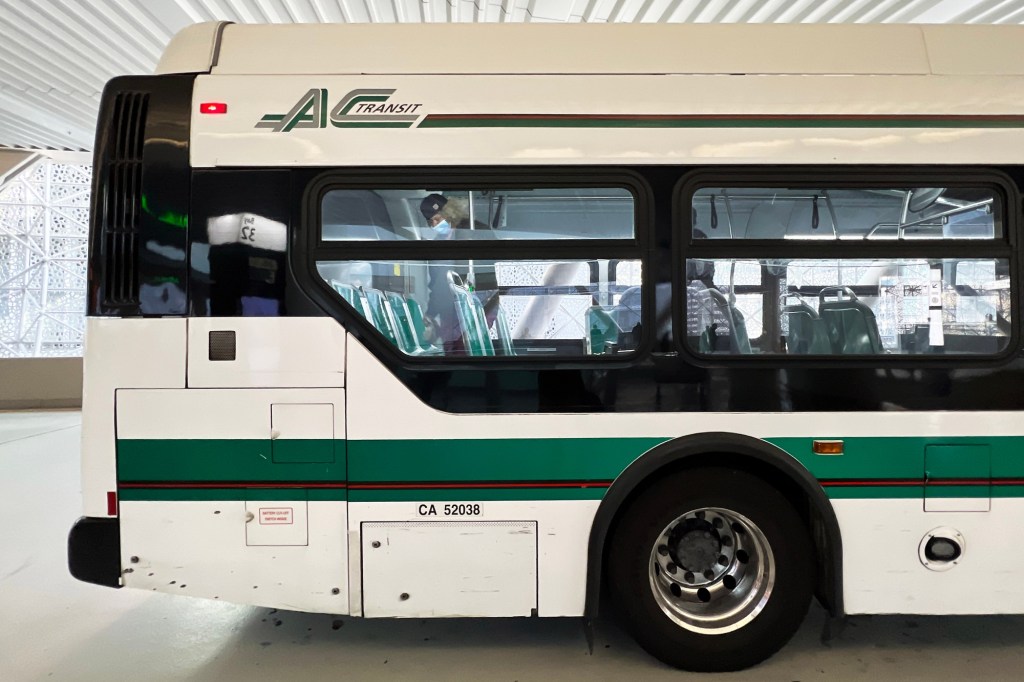 These three people can lead AC Transit through financial difficulties

As AC Transit, East Bay’s largest bus system, grapples with declining ridership and faces potentially major route restructuring, voters have the opportunity to run for the board of administration three leaders with solid experience in public transit.

The district, which stretches from San Pablo to Fremont, has a seven-member council, two elected at-large and five by wards. This year, three seats are up for grabs.

Voters must reelect Joel Young to one of the universal seats; transit planner Sarah Syed in Ward 3, covering Alameda and parts of Oakland and San Leandro; and elect incumbent Murphy McCalley to a full term representing Ward 4, which includes Castro Valley, San Lorenzo and parts of Hayward and San Leandro.

All three candidates are well-equipped to deal with projected district budget shortfalls and a state mandate to convert to zero-emission vehicles by 2040, at an estimated cost of $2.4 billion.

Current ridership is back to 58% of pre-pandemic levels, mostly local customers who are often essential workers without transportation options. The district’s transbay ridership is only about 12% of pre-COVID levels, indicating that many East Bay workers with jobs in San Francisco are still working from home or commuting by car.

Federal pandemic emergency funds helped support the district budget. Unlike BART, which relies heavily on fares to balance its operating budget, AC Transit derives much of its revenue from sales, ownership and special package taxes.

Nonetheless, as federal funds run out, the district faces three years of projected budget deficits, beginning with fiscal year 2024-25, that are expected to bottom out at $36 million a year. These projections assume, probably optimistically, that bus ridership will return to pre-pandemic levels by March 2023. Otherwise, things could be much worse.

This is why the district is preparing to launch a restructuring plan to rethink its routes and levels of service. The council will need to find ways to better serve the most bus-dependent communities and consider whether it can afford to continue transbay service, which largely overlaps with that provided by BART.

Faced with these challenges, users and ratepayers need representatives from district councils who have solid expertise in transit planning and finance.

Young, an attorney who served on the board for 13 years, is one of the more capable directors. He’s well-informed of the financial challenges ahead and rightly sees service overhaul as a key to bridging that gap.

His opponent, Alfred Twu, an architect and Democratic Party activist, lacks a clear understanding of financial issues. He’s right to push for housing near public transit, which Young agrees with, but that won’t solve the more immediate financial problems.

We declined to endorse Young in 2014 and 2018 because of his use a decade ago of confidential district information to assist his legal clients employed in other transit districts. Young has since erased his practice of transit worker patrons, has not repeated the transgressions and now admits he overstepped. Therefore, we are willing to give him a second chance, especially when he is otherwise clearly the best candidate.

Syed, a transit planner, has worked for BART and the Santa Clara Valley Transportation Authority and served as a senior executive for the Los Angeles Metro Bus Rapid Transit Project. She now works on equitable transportation planning at UC Berkeley’s Othering and Belonging Institute.

It’s no surprise that with that background, she wants to improve AC Transit’s bus service to get more to the people who need it most and in times that compete with car travel. She also recognizes that this must be done within the budget constraints facing the district.

His opponent, chiropractor Stewart Chen, a member of the City of Alameda Health Care District, did not show up for his virtual interview. He later said he had an emergency but did not explain further.

After Mark Williams resigned from AC Transit’s board, the trustees appointed McCalley in April to fill the vacancy. It didn’t take him long to pick up speed. After all, McCalley, a retired transportation consultant, served as chief financial officer of the Los Angeles and San Diego transit systems and then as financial advisor to transit agencies across the country.

McCalley is considering a complete overhaul of AC Transit, what he calls “reimagining public transit post-COVID.” This must involve “vigorous community outreach”, recognition that travel patterns have changed and tightening the belt to match available funds.

Her opponent is Barisha Spriggs, a former labor union political organizer who now works as a substitute teacher. Spriggs doesn’t grasp the financial challenges or ridership deficits the district is facing.

She wants to “at a minimum” hire more workers to bring service back to pre-pandemic levels. How would she pay it? “It should be fine,” she said. “There’s a lot of money there for transportation.”