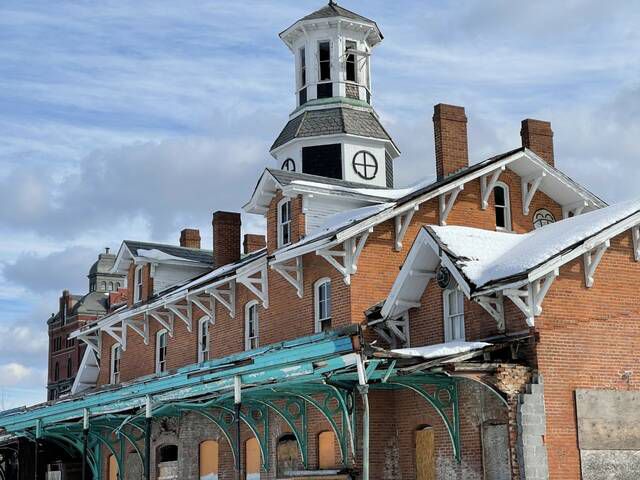 The renovation of the historic old train station in downtown Wilkes-Barre is not expected to be completed until January, delaying the relocation of the Luzerne County tourism office to the property, acting county manager Romilda said on Monday. Crocamo.

Under the county’s five-year lease, council has two options if renovations are not completed by Dec. 15: either terminate the agreement or add six months to the authorized construction date and the start of the lease. If the county chooses the extension, the owner – Market Square Properties Development LLC – would have to pay the county in damages of $ 180 per day until the station is ready for the county to occupy, it says. he.

The $ 180 a day damages would be assessed as a credit against the county’s rent payment, officials said.

Crocamo said developer George Albert attributed the delay to supply chain safeguards. He suggested that the county keep its office lease in the public square, also in downtown Wilkes-Barre, until January 31, 2022.

She told council she would consult with the county law division and provide the council with an update.

A majority of the county council voted in April to rent tourist space in the building at the corner of Market Street and Wilkes-Barre Boulevard, ending uncertainty over whether the former Central Railroad of New Jersey depot would be preserved.

County officials have long discussed plans to move the office to Public Square, but Albert told council his investment group needed a commitment before proceeding with the structure’s renovation.

Once the building is renovated for occupancy, the county will lease 2,100 square feet at $ 15.43 per square foot, which works out to $ 32,400 per year. The tourist office does not receive funding from the operating budget of the county general fund and is dependent on revenue from hotel tax and other external sources.

Built in 1868, the station is listed in the National Register of Historic Places.

Former county commissioners had authorized federal community development funds for the County Redevelopment Authority to purchase the station complex from businessman Thom Greco in 2006. Without funds to redevelop the 6.36 land. acres, which includes another structure housing several businesses, the authority sold the property to Market Square Properties in 2016.

County administrators met regularly with Albert and other station officials to review the progress of the work.

Crocamo released recap notes from the last status meeting on November 10 referring to the delay in completion.

Other details in this preview include:

â€¢ Windows and doors are installed with several pieces of trim waiting to be manufactured.

â€¢ There is a lot of interior work to be done, including installing drywall. Interior brick will be painted instead of sealed due to variations in masonry and supply chain issues getting a semi-transparent stain.

â€¢ All â€œroughâ€ electrical, HVAC and plumbing work is complete. The HVAC has been delivered and is expected to be installed the week of November 30th.

â€¢ Concrete sidewalks have been poured and parking work is planned this week.